A Rolled-Up Newspaper for Fake News

Just when I’d convinced myself that the bloody nose route to teaching young munchkins the laws of nature was a bad idea, Jim Acosta of CNN comes along and accuses us of being really, really stupid…not because we believe what Donald Trump and Sarah Sanders says about the media, but because we are so stupid as to believe our own damned lying eyes and ears rather than what their media tell us.

I know, there’s a $500 fine in it for you, and a mug shot that looks as bad a OJ’s or Nick Nolte’s, but probably a $10,000 GoFundme page, as well. But only if you use it. My advice? Pick a fine establishment Lefty rag, New York Times, WAPO, LA Times, here in Virginia, The Virginian-Pilot, and just carry it. Every time you see a microphone boom and a camera, you know there’s a media maven close by, so just pull it out and start slapping the palm of your hand. If three or four of you are there, you will have an orchestra and a symphony of intimidation. If Acosta spies you, and walks up and juts out his chin, daring you, remember what Lou Costello said in one of his cartoon characters in the 40’s; “If I dood it, I get a ‘panking’. I dood it.”

Then smile for the camera.

Citizen With Bark On

THE WORKING CLASS AND THE RICH

THE NATURAL LAW OF SELECTION

If I weren’t raised better, I might suggest that Jim Acosta deserves a size 15 foot somewhere and April Ryan who looked more like his nanny a b—- slap or what was referred to back in the 90’s as a “gill” to the back of the head. Both are elitists who look down their noses upon the rest of the country.

Both are right down there with Joe and Mika and their Marxist swamp dwellers.

Just saw this. I have to learn Photo Shop 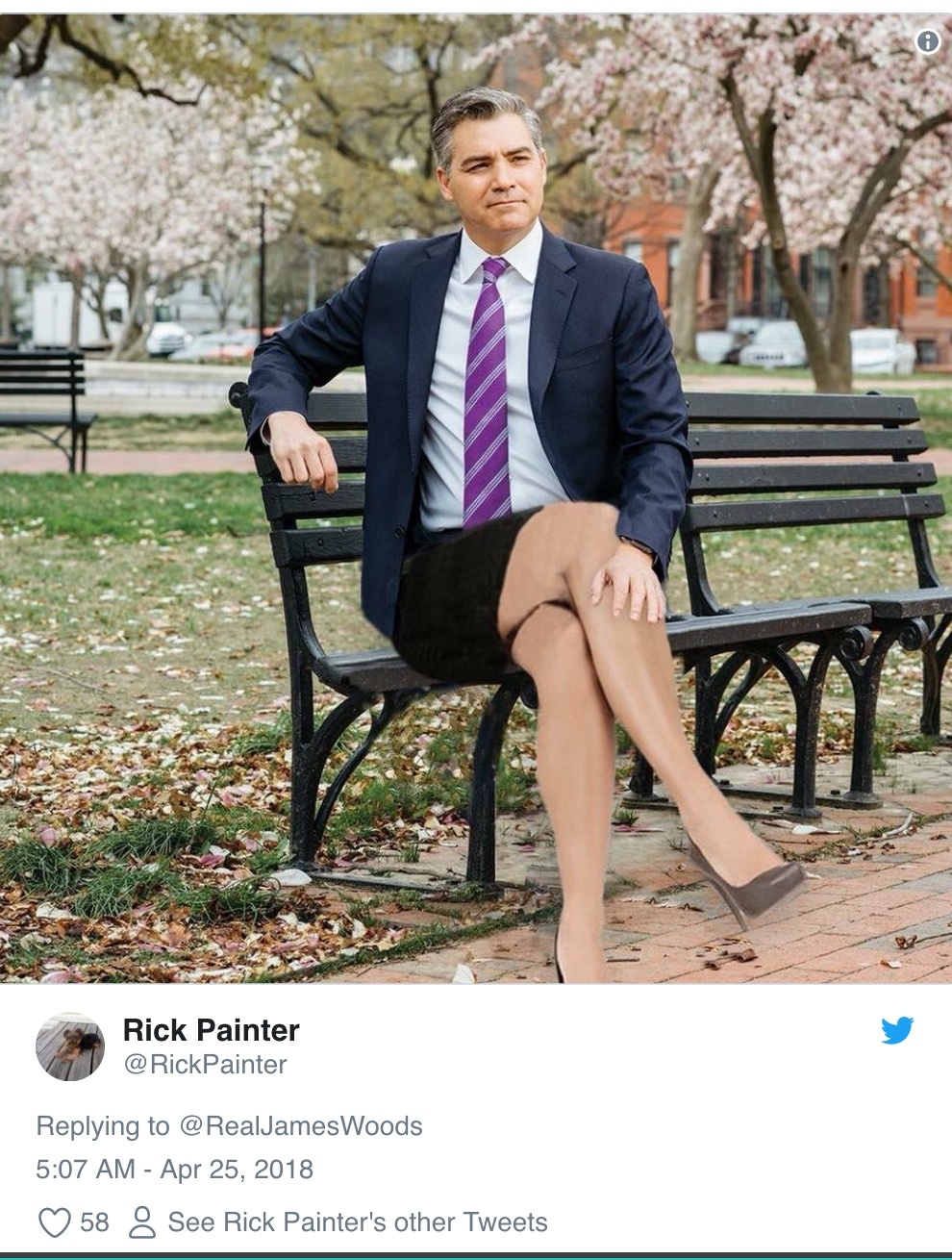