Hop the last train to Brownsville
And I’ll meet you at the station
You can be there by 6:30

Let’s call it illegal immigration
But don’t be slow
Oh no no no, oh no no noPresident Obama says that it’s okay
He’s getting us $3.7 Billion, so we can stay together
Just tell them you’re a refugee and you’re feelin’ under the weather

You’ll get some clothes, food and shelter,

You’ll get your DNC voter ID cards, and
Oh no no no, oh no no no
I don’t think they’ll ever send us back

As we laugh about how they couldn’t stop us
We’ll head up to California, New York, or maybe stay in Texas
Oh no no no, oh no no no

‘Cause I’m crossing the Rio Grande with all my pals
I took some peyote and just saw kind of spider
Oh whoa whoa, oh no no no
I Don’t think you’re ever gonna go back home

Hop the last train to Brownsville
And I’ll meet you at the station
You can be there by 6:30

But don’t be slow
Oh no no no, oh no no no
I Don’t think you’re ever gonna go back home

With deepest apologies to The Monkees…

Practicing ‘Sales’ (a lot like practicing ‘Medicine’ except that normally no one ‘dies’ as a result of said ‘practice’) I from time to time receive interesting alerts regarding Advertising / Sales trends, Market updates, and on occasion, some odd Political news. As you may have rightly surmised, yesterday was one of THOSE update days.
.
July 7, 2014, mediasalestoday.com: Politicians, Organizations to Spend $37 per Eligible Voter on 2014 Advertising
If you think that the rate of political ad spending has increased in recent years, you’re right. Borrell Associates is predicting that politicians and political organizations will shell out $8.3 billion to try to sway voter opinions during the 2014 election cycle.
.
Borrell does an impressive job of compiling statistics on political elections across the U.S. For example, they report that 30,000 elections will take place this year. These elections range from local town council races, where up to $47,000 may be spent on media, to gubernatorial races, where up to $27 million may be spent on some of the more heavily contested campaigns.
.
.
In a separate blog post on Borrell’s site, Kip Cassino provides a breakout of projected spending by types of races across the U.S.:

It’s worth noting that 30% of the estimated spending on political advertising will stem from referendums, initiatives, and special issues. This spending, often paid for by political organizations, may cover topics like casino gambling, legalized marijuana, or gay marriage.

Taking the number of eligible ‘legal’ voters into consideration, total advertising spend PER voter comes in at $37 between now and the end of 2014. This is YOUR worth to the local, state, or Federal politician. Yup, $37, um, that’s you…
.
On the other hand, President Obama is now requesting $3.7BILLION to provide for the 59,000 unaccompanied illegal alien minors and 39,000 women and children who have crossed illegally into the US since January, 2014.
Doing the math on these numbers yields a ‘somewhat larger’ and rather shocking number. Each of these 91,000 people is worth, um, hold on, taking my shoes off since this number is a LOT larger and no one did it for me in the article, $3,700,000,000 / 91,000 = $40,659 per illegal.
.
I’ve seen articles online claiming the cost per illegal was $80,000 or more, but that’s just crazy. Everyone knows that the cost to buy a Democratic Voter ID card is NO more than $41,000, at least, given the numbers above.

Does the President want money to return these folks to their ‘country of origin’? No.

Does the President want the money to secure the US border with Mexico? No.

Does the President want the money to build a really cool, tall, electrified fence to keep this from happening again? Again, no.

.
So what’s the $41k per illegal for? To buy stuffed animals, Monopoly games, some food, some shelter, and lots more JUDGES to move these ‘cases’ through the US legal system.
How many of these illegal (this, word, ‘illegal’ is the operative word) immigrants will be returned to their place of birth? I’ve heard numbers as low as 10%. As for the other 90%? They get cake… 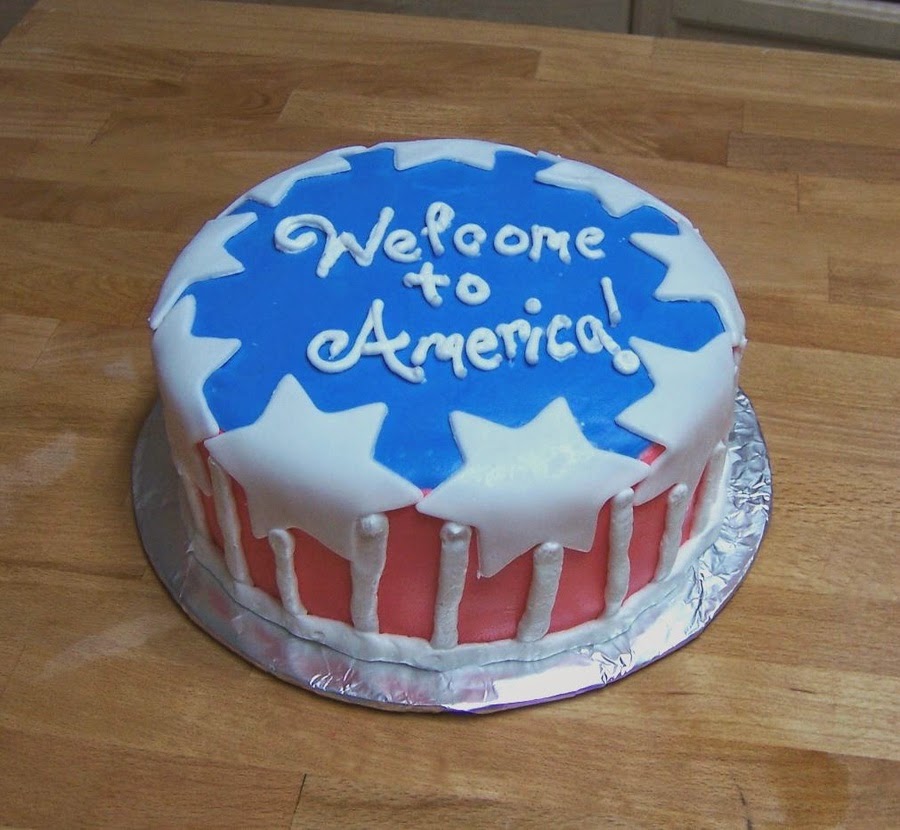 Over the next few months (well, except when Congress takes all of August and the beginning of September off for vacation), you’ll hear about why we need to spend this critical ‘Humanitarian Funding’ to provide for these illegal folks who are coming here KNOWINGLY breaking our laws.
.
Of all the emergency ‘Humanitarian Funding’ the President seeks, why does he look only at these illegal aliens? 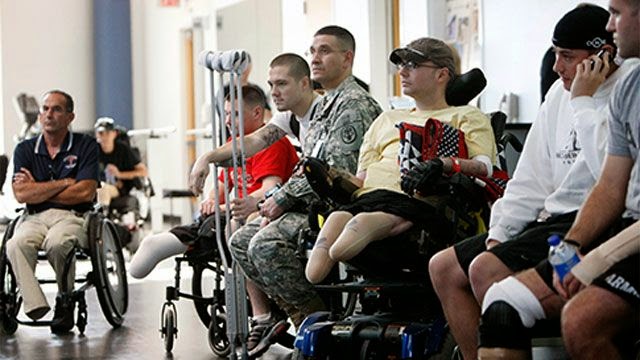 Here’s an idea, why don’t we take this $3.7BILLION and give Health Care voucher cards to our service veterans so they can ‘opt out’ of the VA and get necessary health care treatment, prosthetics, and services elsewhere, away from our mismanaged, corrupt and systematically flawed Veterans Administration if THEY (the veterans) see the need to do so?
Yeah, how about THAT?
.
As the President has chosen to ignore current immigration law and has made baby sitters / wet-nurses of border security personnel, I have some information which may help him maintain the Democratic-controlled Senate in the 2014 elections… 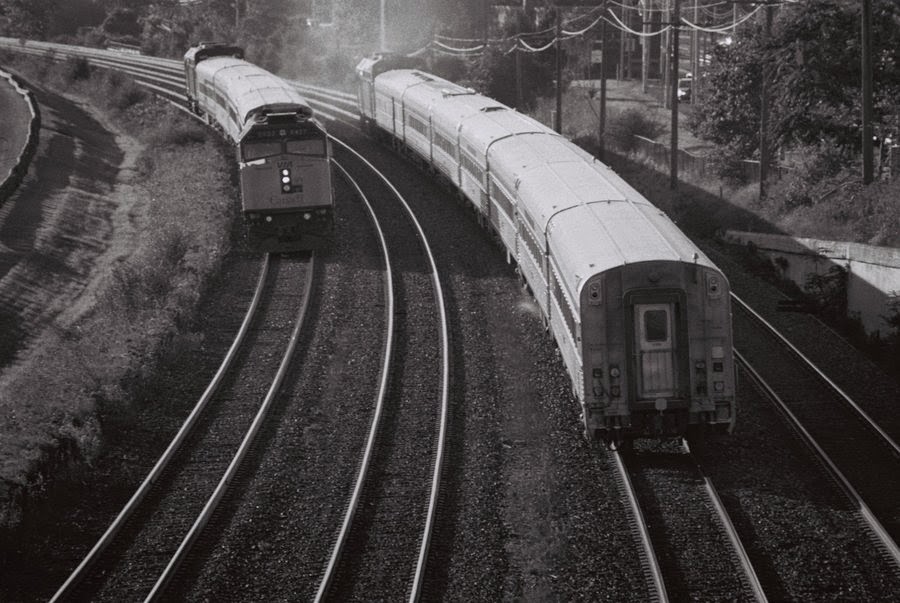 .
Those trains they’re coming up on out of Mexico… They go South too.
.
Yes, they do! All aboard…
.
But before we send them all back, can’t we please hire more Homeland Security folks to make sure they’re not transporting anything illegal back into Mexico? It’s for their own security, after all…
.
You know, something like:
. 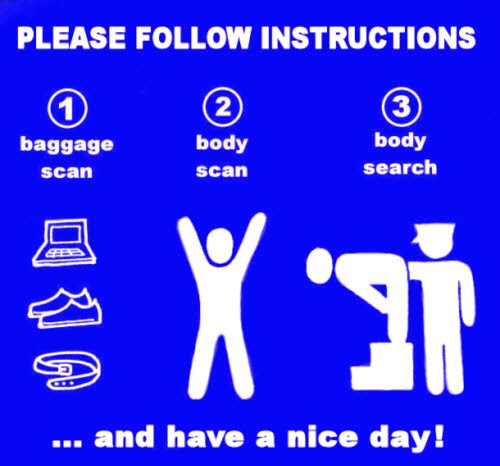 .
Welcome to America, now please leave in an orderly fashion.
.
And as for the Marine who has spent over 100 days in the Mexican prison for taking a wrong turn, find a north bound train and put him on it. We’d like him back now please.
Thanks.