I was blue, just as blue as I could be
Ev’ry day was a cloudy day for me
Then good luck came a-knocking at my door
Skies were gray but they’re not gray anymore

Blue skies,
Smiling at me,
Nothing but blue skies,
Do I see…

In 2008 President Barack Obama said that ‘he’ would ‘create’ 5,000,000 (a.k.a.:  5 Million) new jobs by directing Tax Payer money to renewable energy projects over the next 10 years.  This, on its face is odd, as I believe a President’s Term in office is only 4 years, vs. 5, but I can only assume he was ’rounding up’ to ten from his ‘electable’ eight years.

As I cast my bloodshot eyes around the empty dining room on some non-descript date in May, 2013 – I perch once again before my trusty HP computer to see ‘just how far we’ve come’ (or perhaps, ‘gone’) achieving President Obama’s vision of a Tax-Payer-Funded Green Economy..

All things considered, I should have never left the safety of my bedroom…

Okay, you didn’t ask for it, but here it comes regardless!

(The houselights fall, the blue backdrop glows brightly, a singular spotlight sparks to life as a familiar man walks to the podium to update US on just exactly how we’re doing ‘going green’.  It is at this point I realize that I am dreaming.  The President is a ‘bit busy’ lately managing other failures of leadership and the overall decline of America.  The man in the expensive suit morphs into a talking cow as the dream sequence begins anew…) 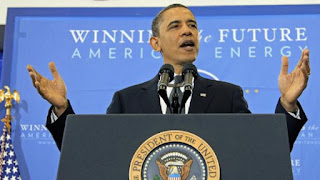 From the Institute for Energy Research, May 8, 2013: THE DEPARTMENT OF ENERGY COMMITTED $11 MILLION PER JOB

Without much fanfare, the Department of Energy (DOE) recently updated the list of loan guarantee projects on its website. Unlike in 2008, when Barack Obama pledged to create 5 million jobs over 10 years by directing taxpayer funds toward renewable energy projects, there were no press conferences or stump speeches.

Well, 2,298 jobs ‘created or saved’ is certainly a step in the RIGHT direction when it comes to Green Energy job creation, but between you and me, I’m thinking that $11.45 MILLION per job is a wee bit expensive.

Yes, just over $57 TRILLION dollars to create (or save!) Five Million Green Jobs.

Considering that the 2013 Federal Budget is set at $3.8 TRILLION, yeah, I’m not sure that we can raise (or create) enough tax dollars to pay for many more of these ‘High Paying Jobs’ the President speaks so fondly of during stump speeches.

Surely there ARE other positive Green Energy stories out there, right? 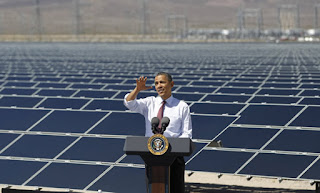 So far, 34 companies that were offered federal support from taxpayers are faltering — either having gone bankrupt or laying off workers or heading for bankruptcy. This list includes only those companies that received federal money from the Obama Administration’s Department of Energy and other agencies. The amount of money indicated does not reflect how much was actually received or spent but how much was offered. The amount also does not include other state, local, and federal tax credits and subsidies, which push the amount of money these companies have received from taxpayers even higher.

The 2009 stimulus set aside $80 billion to subsidize politically preferred energy projects. Since that time, 1,900 investigations have been opened to look into stimulus waste, fraud, and abuse (although not all are linked to the green-energy funds), and nearly 600 convictions have been made. Of that $80 billion in clean energy loans, grants, and tax credits, at least 10 percent has gone to companies that have since either gone bankrupt or are circling the drain.

“Circling the drain”.  Now there’s a visual image that says so much about the President’s Executive Branch leadership in general – but as this is a post about Green Energy, let’s stick to this singular ‘drain’, shall we?  Yes, we shall!

According to the Heritage.com article referenced here, the President set aside $80 BILLION for the Green Initiatives which were to kick-start the creation of the 5 MILLION high-paying jobs (as described in the section above).  Turning once again to my trusty calculator, this means that the President assumed (feel free to use the word ‘hoped’) that this financial ‘shot in the arm’ would yield 5 MILLION jobs on an initial investment of $80 BILLION.

When expressed Mathematically, this means the President ass-u-me-d that each job would cost (as illustrated by the following higher math example):

Therefore, the President ‘hoped and changed’ his way into thinking that he could create 5 MILLION high-paying, high-tech, high-profile Green Jobs by investing $16,000 per job in this “critically important” segment of the Nation’s economy.

Contrasting the President’s Objectives against his actual Performance we see the following:

President Obama underestimated the cost of each job created by 99.86026%

From a purely mathematical perspective, if nothing else, the man is eerily consistent (hovering somewhere between 99.86 and 99.95% of the time he estimates job creation or costs…).

Admittedly, the President’s 10-year window hasn’t closed yet, he’s still got almost six years to reduce the spending for each job created (by 99.86%) and increase the number of jobs created (or saved) from 2,298 green energy jobs to his personal objective of 5 MILLION.

He just needs a bit more time to continue his ‘good work’.

No.  I don’t believe so.  I believe that a man with the President’s mathematical prowess should be working for a crime syndicate laundering drug money through a bowling alley, car wash, or perhaps, running a variant of our very own Internal Revenue Service (in Guatemala).

It is not that the President is incompetent at WHAT he is doing – he does what he does extremely well.  The shame is, of course, is that what he is ‘good at doing’ is crashing economies, sewing discontent, riding rough-shod over The Constitution, using the power of the Federal Government to infringe upon the rights of the citizens, and completing Jimmy Carter’s third term. 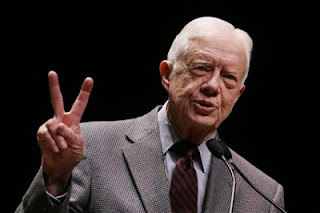 Remember when you wondered, “I wonder what would have happened if Jimmy Carter had WON a Second Term?”  Wonder no more.

I may never sleep again…

Oops, I almost forgot… Regarding the title of this post?  That $84.15 is the total amount you (and each single member of your family) contributed to the $26 Billion spent / guaranteed / wasted / whatever on green energy ‘spend’ referenced above divided by the total population of the United States.

If illegal aliens (oops, ‘Undocumented workers’) are included in this population number, you would necessarily receive more back (since only Legal Citizens should get a ‘rebate’ of Green Energy spending), but since ‘Gangs’ began patrolling the Halls of Congress, I’m thinking that we’re pretty much ALL legal now.

One MORE ‘Oops’ before I go: IF we’ve ‘only’ spent $26 BILLION of the $80 BILLION allocated, look for an additional $54 BILLION to be spent for Green Energy projects over the next six years.  Yes, I’m sure THESE dollars will be better-spent than their predecessors…

Have a Green Energy Day!

Don’t forget your fire extinguisher for your Fisker Karma!  You’ll need it… 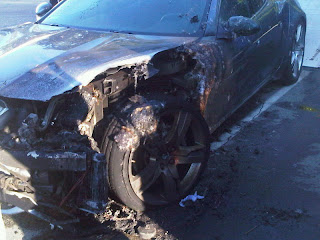 Your tax dollars at work…

Moos Roomhttp://www.moosroom.blogspot.com
My name is Mike Kane. I've been writing stories for years. Most are a release valve from the weirdness of everyday life. Some of these will find their way here, others will fade off into the ether. A select few will be sent via e-mail directly to friends, family, and sometimes complete strangers (you have been warned (assuming that you are 'completely strange')). I've been in Sales all of my adult life. Sometimes sales are good, sometimes sales are bad, but in reality, 'life' is always good (regardless of sales). Well, 'LIFE' is a lot better than the alternative, at least...
Previous articlePrayer and Daniel in Obama’s Democrat IRS Lions Den
Next articleHow Brown Was My Latrine? (Revisited 2013)