“But, Cow Guy, how can this be, I thought the Sequester was designed to punish EVERYONE!?!?  Who’s getting a pass on the pain and suffering of Sequester???” you scream into your monitor as the LCD continues to pump its noxious glow into your dining room in the early morning hours of a new week.  “Wasn’t the sequester, by design, engineered to take money away from the military and social programs?” you ask your non-blinking monitor.

However not all spending programs are created equally.  Military programs which are ‘mean’ (defense programs meant to defend US) are cut.

Military programs which are ‘green’ (environmentally friendly to the Earth) are expanded – whether we live long enough to see them ‘flower’, or not.

While the Middle East burns, America’s infrastructure crumbles, and the IRS morphs into a PAC for the Administration, the Department of Defense buys (at a 14.75 x Premium) Jet Fuel made from…  Pond Scum. 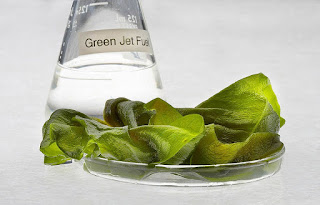 From the WashingtonExaminer.com:  Despite sequester, DOD signs contract for $59/gallon green jet fuel

Defense Secretary Chuck Hagel recently warned that sequestration would cause “suspension of important activities, curtailed training, and could result in furloughs of civilian personnel” but the spending cuts haven’t killed the green fuels program, as the Pentagon has continued purchasing renewable fuel at $59 per gallon.

“In March, Gevo entered into a contract with the Defense Logistics Agency to supply the U.S. Army with 3,650 gallons of renewable jet fuel to be delivered by the second quarter of 2013,” Gevo announced this week in its first quarter financial report. “This initial order may be increased by 12,500 gallons. All shipments will be at a fixed price of $59 per gallon during the initial testing phase. These shipments are in addition to the renewable jet fuel supplied to the U.S. Air Force (USAF) and the U.S. Navy (USN).”

It would probably make more sense to harness our Nation’s fuel resources, attempt to inventory what we might actually have, and then decrease, or migrate completely away from foreign fossil fuel suppliers who use the money we send them to fund Community-Organized groups like “The Muslim Brotherhood”.

But hey, that’s just me.

As an alternative, perhaps we could partner with ‘friendlier Nations’ (Canada springs to mind) to produce, refine, and distribute fuels with lower cost, more accessible supply, and rest a little better knowing that any shared revenues between our two nations won’t be going to build biological or nuclear weapon delivery systems.  The last ‘biological weapon’ Canada deployed was their Universal Health Care plan and since we’ve got one of our own now, we both have already laid the foundations for our “Mutually Assured Destruction” plans.

I wouldn’t have a HUGE problem with harvesting Swamp Gas and Algae Farts to run our Nation’s Defense systems on if the cost were anywhere close to what we’re paying today.  But I do have a teensy-tiny-problem when we’re paying $59 per gallon of green jet fuel when our contract price for regular (dino-based) JP-8 jet fuel is negotiated at a rate of $3.73 per gallon.

Yes, at a time when THE SEQUESTRATION is putting the old, the young, the infirm, the needy and ‘those least able to provide for themselves’ (and our Military, mustn’t leave these folks out) at risk, the Department of Defense is spending 14.75 times MORE per gallon on Green Fuel than they do on their regular contract price for jet fuel.

I wonder why this is?

Is it so the Administration can check off a ‘box’ on a Green Energy Initiative list with their environmental supporter base?

Is it so they can pay back a political favor to a group / green energy provider which supported them in the run-up to the 2012 elections?

Or is it a gross lack of understanding regarding how to balance a budget?  Personally, I’m thinking each of the preceding conditions most likely apply.

The thing that keeps me up at night is this:  Will President Obama learn of this most recent spending debacle from the WashingtonExaminer.com, The Blaze.com, or from me?  After all, over the past couple of weeks he’s learned of most of his Administration’s scandals by watching news reports – he had no knowledge of them prior to having his lackies watch Fox News or scanning the Internet.

Hey, I’m no Fox News, but when I smell ‘Bad Gas’, I know what it smells like – and this “Green Jet Fuel’ story stinks to High Heaven.

Although, admittedly, it could be the Algae Fart scent I’m picking up from the pond out behind the barn…  Or, it MAY have been Buttercup, she’s been on a high-fiber diet lately. 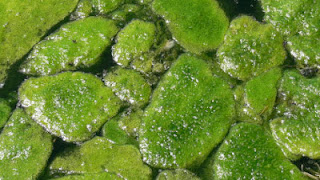 I have seen the future of Defense.  It looks like this.