Remember back in 2008 when the mere sight of Barack Obama speaking gave MSNBC’s Chris Matthews a “Thrill up his leg”?

Huh?  Seriously?  You don’t remember Chris Matthews’ declaration of bro-mance for candidate, now-President Obama?  Well, in case you living in a cave in Afghanistan at the time, you can revisit this magical MSNBC moment by clicking here:  Thrills, up and down his leg

So where does Chris Matthews’ ‘thrilled leg’ stand in 2013? 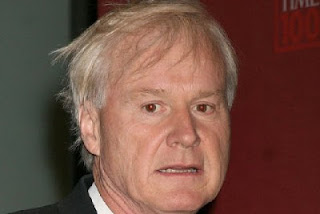 On last night’s MSNBC show (ranked by Nielsen as having a consistent viewership of ’19’ (prison inmates)), Chris Matthews said the following:

“What part of the presidency does Obama like? He doesn’t like dealing with other politicians — that means his own cabinet, that means members of the congress, either party. He doesn’t particularly like the press…. He likes to write the speeches, likes to rewrite what Favreau and the others wrote for the first draft,”

“So what part does he like? He likes going on the road, campaigning, visiting businesses like he does every couple days somewhere in Ohio or somewhere,” Matthews continued.

Is it gone for long?  Nah, Chris will have the thrill back soon enough.

As for you, I invite you to enjoy 13 minutes of the Blues with B.B. King…

Why?  Because your (and my) thrill’s been gone for stinking YEARS.  We grin and bear it, but poor Chris Matthews, this dude’s gonna need professional help…

Have a nice day folks…