November 30, 2012:  Bazooka Joe, long-time spokesperson for Topps Gum has died.  He and ‘his Gang’ of comic characters:  Mort, Pesky, Jane, Hungrie Herman, Toughie and Walkie Talkie (for the love of God, Topps killed the friendly neighborhood dog too!) have each reportedly been ‘put down’ by The Topps Company, Inc. due to ‘poor market performance’.

Cause(s) of death(s) include:  Poor sales, traditional conservative values (I actually READ this in a story moments ago), an obnoxiously PINK gum which tastes uncanily like carpet retrieved from the floor of a taxi-cab following New Year’s Eve, a target audience which can not ‘read’ comics, and a general inability to ‘rap’ effectively.  This latter attribute was crucially important in an attempt to garner market share of minority youths living in inner-cities and illiterate Whites living in suburbs sporting crooked ball caps and jeans which fall scant millimeters north of the ‘MBC’ (‘majoris buttus crackus’).

There are no surviving members of the Bazooka Joe family.  America mourns the loss of this one-eyed Comic Giant, his gang, his neighborhood dog, and our Nation’s collective innocence.

Services for the group have not officially been scheduled as yet by the WEALTHY 1% MURDERERS at Topps Company, Inc.  However, the Obama Administration will provide FREE Grief Counseling to those adversely affected by this heinous act of marketing violence.

[However, you are NOT a Minority, you are completely on your own.  Live with that Bazooka Joe bereavement pain (Sucka!) and if you NEED to move on, adopt a dog.  If you do adopt a stray animal PLEASE do not name him ‘Walkie Talkie’ as it is embarrassing for YOU and your pet.]

Contributions can be made in lieu of flowers to the Obama 2016 re-election campaign fund, Hillary Clinton, Treasurer.

.
Yes, America has lost another icon.

Several weeks ago we lost the legendary ‘Twinkie the Kid’… 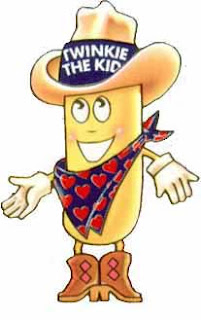 Today we lose Bazooka Joe (and His Gang): 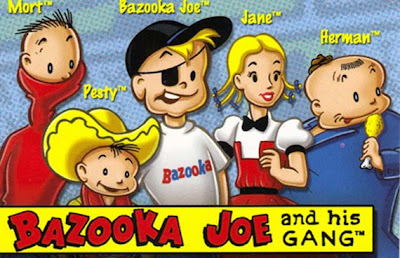 When will the senseless killing of products and spokes’toons’ end?

Remember just a few weeks ago when we took SO many things for granted?

Remember when we KNEW that ANY Golden Retriever (my dog ‘Kelly’ could not run, she is too old – 74 in People Years) could beat the incumbent President?

Yeah, so what happened THERE???

Okay, so let me ask you another question:

How many of us chuckled at the following when we first heard it?

Q.:  What are the only two things in nature which will survive the aftermath of a nuclear war?

A.:  Cockroaches and Twinkies. 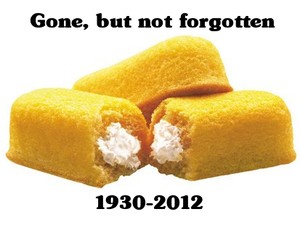 How many of us KNEW that Twinkies couldn’t withstand a SINGLE Obama Term?  What might this bode for the Second FULL Term of the President and our favorite ‘foods’ (and their mascots)?

Regardless, the relentless Mayan Doomsday Calendar chunks inexorably onward.  It moves all of us towards the inevitable ‘End of Days’ (COMING SOON TO A TOWN NEAR YOU!) on December 21, 2012.

Yes, I no sooner finish mourning the demise of my beloved ‘twin-wrapped-delectable-fluff-filled-spongy-treats’ to awake this morning to the death of another friend of my childhood, Bazooka Joe.

Sure, we used to eat the comic strip wax paper and throw the remaining rectangular gum ‘briquets’ at passing cars as we rode our bikes ‘upstreet’, but come on, all things considered, it was a happier time.  It was a simpler time.  It was a time in which our Nation was ‘going to the moon’, we were ‘going to win in Vietnam’, and we were going to ‘fix poverty’ – FOREVER.

Well, one out of three ain’t bad.

I will NOT, however, blame the demise of Bazooka Joe entirely on the Obama Administration.  Sure, you COULD make the case that it’s harder to afford 5 CENT gum than it used to be, but this is not the lone reason for Joe’s passing.

The death of Bazooka Joe sits squarely on the head of The Topps Company, Inc. management.  After all, which marketing genius at the company believed they would attract more gum purchasers by updating ‘Joe’ and giving him his own ‘Bubble Gum Rap’? 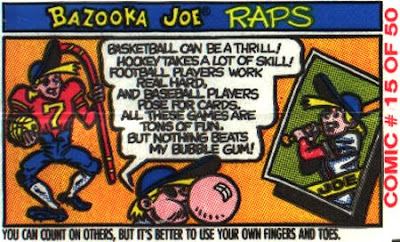 Yeah, way to read your Marketing Demographics Corporate “Temple of Pure Thought Dudes”.  In the future you might want to spend a bit less time analyzing your analytics and more time tasting your freaking product.

Nothing like hiding a ‘Rapping Joe’ inside a Bazooka wrapper designed when Eisenhower was President.

That’s akin to putting a 40″ LED 1080p TV Monitor into a ‘DuMont’ TV box and hoping someone guesses what’s in there.

Ah, now that I think about it, I guess that it’s okay that Joe goes.  The boy and his friends had a good run of almost sixty years.

My only regret is that I can’t write a similar post about President Obama and his comic gang of characters, “Bazooka Joe Biden”, “Hillary Jane Clinton”, “Steven Pesty Chu”, “Harry Mort Reid” and “Susan Herman Rice”  following our most-recent elections.

Sooner or later America ‘gets it right’ regardless of the packaging, the marketing, and the lack of quality in the product itself.  But if I’m looking at President Obama when he’s one hundred years old and still sitting in the White House?  Me and him are gonna mix it up on the North Lawn.  Gums or no gums…

This character and his gang need to follow Twinkie the Kid and Bazooka Joe into the sunset.  Before our Nation does.

FREE ADVICE:  Since the world ends in fewer than three weeks buy everything you can on LONG TERM credit!  It’ll stimulate the Economy, allow President Obama’s administration to go out with a real approval BANG!, AND it will make your loved ones happy.

MORE FREE ADVICE:  This year you might want to celebrate Christmas on December 20th, just so your family gets a chance to enjoy the gifts for the 24-hours remaining.

I’m 99.97% sure the world does NOT end in fewer than three weeks, but if it DOES…  Can someone buy me a 2013 Ford Fusion Titanium (Sport Blue) with EcoBoost engine, Leather, and the Moon & Tune package?  Just please get it to me by Monday of this week so I can enjoy it for a bit before, well, you know…

Thanks, that’d be swell…

You folks are the best!

Moos Roomhttp://www.moosroom.blogspot.com
My name is Mike Kane. I've been writing stories for years. Most are a release valve from the weirdness of everyday life. Some of these will find their way here, others will fade off into the ether. A select few will be sent via e-mail directly to friends, family, and sometimes complete strangers (you have been warned (assuming that you are 'completely strange')). I've been in Sales all of my adult life. Sometimes sales are good, sometimes sales are bad, but in reality, 'life' is always good (regardless of sales). Well, 'LIFE' is a lot better than the alternative, at least...
Previous articleGreat Big Tents, Hastily Erected, Collapsing America
Next articleJehu, Jezebel and Jovan: Swords, high places and gun control