“I feel the need to apologize in advance.”

You may ask, “But what do YOU have to apologize for Mike?  What did YOU do?”

“Um, nothing.  Yet.  But I’m getting ready to release of fair amount of pent up pressure.  I’m preparing to speak about something very near and dear to my heart – and for this, if nothing else, I am sorry…”

[For clarification of EXACTLY how sorry I am, please view the following YouTube link prior to reading the remainder of this post — Thanks.]
Link:  I’m sorry

One last thought before we Moo-ve on…

Today’s letter is the letter… 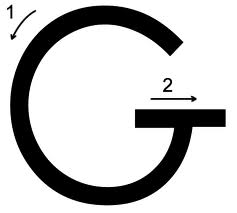 Hey, do you remember a long time ago when the dinosaurs were alive and then they died and they fell over with all the plants and they all soaked up the energy from the sun and then they kind of ‘oozed’ into the ground beneath our feet and some ‘wildcat’ driller cowboy guy pumped them out of the ground as ‘Crude Oil’ something like a couple of dozen years later?

Oh, you don’t remember the dinosaurs?

In addition to my being blessed enough to call the United States of America ‘home’, it appears that the dinosaurs were ‘blessed’ also (although I don’t believe that large ‘Thunder Lizards’ had any institutionalized or formalized religion(s)).

How do I know this?  Well, because I was THERE when dinosaurs walked the Earth, and also because some French guy just told me so, that’s how.

For YEARS I heard that all of our dino-buddies, dino-sunlight, and dino-plants mostly lived / landed in ‘very sandy’, ‘very offshore’, and ‘very non-Irish’ areas of the World.

Turns out that this is NOT true.

Okay, rather than try to come up with MORE 2nd Grade dialogue to tell the rest of the story, I’ll let some wacky folks fill in the blanks for you (and me)…

Excerpting from a report I read in the November 19th, 2012 online edition of Automotive News (but heard NOWHERE ELSE on TV, Radio, or other Major Media Outlets)…

Four years after the auto industry started trembling at the real prospect of a global fuel shortage, painful pump prices and consumers clamoring for vehicles that can deliver 50 mpg, this news arrives from the International Energy Agency in France:

There’s way more oil under America than we realized.

The energy agency, a leading source for long-range energy resource forecasting, reckons that by 2020 — thanks to the controversial practice of drilling for oil with water pressure — the United States will surpass Saudi Arabia as the world’s biggest oil producer.

So I went digging (not literally, as I was afraid I would dig up a dinosaur.)  Rather, I sat here awhile ‘Googling’ myself for additional information relating to this completely LUNATIC story which no one has been discussing since it showed up in a blurb online.

The 2012 edition of the World Energy Outlook was released on 12 November 2012. Drawing on the latest data and policy developments the report presents analytical insights into trends in energy markets and what they mean for energy security, environmental protection and economic development.

It sets out updated projections of energy demand, production, trade, investment and carbon-dioxide emissions, broken down by country, fuel and sector, to 2035.

Okay, so you’re probably asking, “But Mike, what did the full report actually SAY???”

“THIS is an EXCELLENT question, however, um, I dunno, cause I didn’t read it.  But, there are other people who did; people with ‘letters’ after their names, slide rules in their pants pockets, protectors in their shirt pockets, songs in their hearts, and name plaques on their office doors.

[As I said earlier no major media outlets covered the story…]

The International Energy Agency, in its 2012 World Energy Outlook, released last week, forecast that American oil production, which began to rise in 2009 after decades of decline, would continue rising through at least 2020, when it could be about as high as it was in 1970, the year of peak production.

At the same time it forecast that by 2035, American oil consumption, which peaked in 2005, could decline to levels not seen since the 1960s, depending on how much conservation is encouraged.  [Think teeny-tiny cars here]

22 November 2012, USA Today
By now it’s not news that “fracking” underground shale formations — cracking them open with high-pressure jets of water, chemicals and sand — has unlocked new supplies of natural gas and oil in places such as North Dakota and Pennsylvania. What’s surprising is how big those supplies are, and how much they might change the world.

19 November 2012, Oil & Gas Journal
With global oil demand continuing to increase, the US will replace Saudi Arabia as the world’s largest oil producer about 2020, and North America will become a net oil exporter by 2030, according to the International Energy Agency. China, India, and the Middle East will account for 60% of a 30% increase in global energy demand between now and 2035, IEA projects in its World Energy Outlook 2012.

By 2035, almost 90% of Middle Eastern oil flows to Asia in IEA’s projection. “The global energy map is changing, with potentially far-reaching consequences for energy markets and trade,” IEA says.

So what to make of the above?

I’m pretty sure that the President O. and Energy Dude – Steven Chu haven’t seen this report, otherwise they’d be placing more ‘impossible dream’ goals on vehicle gas mileage requirements for the next 20 years.  Or, perhaps, maybe they DID see this and that’s why I had to look this stuff up online since hardly anyone’s talking about it?  Yeah, this possibility is more likely the case.

The good news is that we have LOTS of dino-buddies and dino-plants right here below our feet in the Good Old U.S.of A.!  Even more than Saudi Arabia AND Russia?!?!  BONUS!!!

The bad news is that government won’t let anyone bring their oily, sludgy, and otherwise gooey remains above ground any time in the near future.

Because our current U.S. energy policy plans to move most folks into electric cars over the next couple of decades.  These cars, of course, require the burning of coal and other fossil fuels to produce the electricity.  These fuels are the ones the Department of Energy doesn’t want us to use to, you know…  Make electricity.

Being a Futurist (oh yes I am) I am envisioning other methods of transportation for the future.  Would you like to see a few of them?

Perhaps in the future we’ll be able to travel more efficiently by using man (or woman) made Natural Gas to power our progress ‘beneath the waves’ vs. those sporty electric cars that blow up when they get ‘wet’? 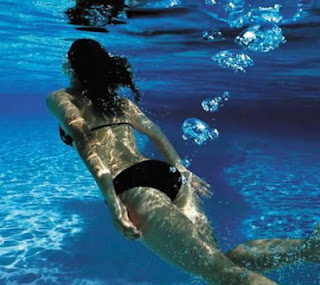 You guessed it, Bush’s Baked Beans. 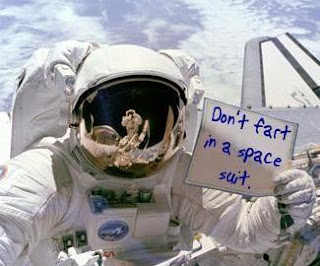 Yes, fellow Americans, the future is bright (but I will admit, a ‘tad stinky’)!  Take comfort knowing those dino-buddies and dino-plants will remain compressed below ground for decades to come!  If the next semi-intelligent inhabitants of the Earth want them – they can HAVE them!

As for me, I’m setting up a drilling platform in my back yard here in Central New York.  We are not legally allowed to ‘Frack’ up here, but I am confident that my friendly Democratic neighbors won’t tell anyone about my backyard ‘natural gas gusher’.  Especially since I’ll run gas supply lines into each of their homes (some neighbor’s lines for heating, others for ‘elimination’ of the squealers).

Wherever I go, there is always some kind of ‘gas’ happening sooner or later.  I’m sorry for this too…  (It MAY have been the dog.)

Have a nice day folks…

Moos Roomhttp://www.moosroom.blogspot.com
My name is Mike Kane. I've been writing stories for years. Most are a release valve from the weirdness of everyday life. Some of these will find their way here, others will fade off into the ether. A select few will be sent via e-mail directly to friends, family, and sometimes complete strangers (you have been warned (assuming that you are 'completely strange')). I've been in Sales all of my adult life. Sometimes sales are good, sometimes sales are bad, but in reality, 'life' is always good (regardless of sales). Well, 'LIFE' is a lot better than the alternative, at least...
Previous articleBuchanan best bet in Boehner/Barack bout for GOP
Next articleGreat Big Tents, Hastily Erected, Collapsing America