Guns vs. Butter Model:  In macroeconomics, the guns versus butter model is an example of a simple production possibility frontier. It demonstrates the relationship between a nation’s investment in defense and civilian goods.

In this example, a nation has to choose between two options when spending its finite resources. It can buy either guns (invest in defense/military) or butter (invest in production of goods), or a combination of both. This can be seen as an analogy for choices between defense and civilian spending in more complex economies.  [Source:  Wikipedia]

Not to be confined to traditional macroeconomic theory, President Obama has once again done what he always has done so frequently in his first term…

He added a third component to the economic ‘model’ referenced above.

The new-and-improved Obama ‘Model’ is no longer ‘Guns vs. Butter’, but rather:

Seriously, who saw THIS coming?

Well, off the top of my head, I’m thinking just shy of 50% of Americans who voted in the last election DID.  You know, those racists (count me IN! as I didn’t vote for the man) who were really hoping that this chuckle-head would not get re-elected to Jimmy Carter’s third term.

Four more years of ‘Turkey on Rye’ with one heaping helping of ‘Malaise’ tossed in…  But you know, this is probably just ME being racist, woman-hating, or right-wing ‘extreme’ and all…

Hey, but enough about ME!!!

Let’s get back to the subject of today’s post:

While you were buying YOUR turkey, your stuffing, and your butter, your President and his Administration were hard at work doing what they do best…

In spite of the Nobel Peace Prize award winning Obama ordering a recent surge in combat troops the Afghanistan theater of war, Kovach also pointed out that America’s beloved Marine Corps is still to be slashed by roughly 10 percent;  “despite no sign of an enemy collapse.”

Earlier this week, Breitbart.com covered the recent agreement Barack Obama has promised billions of Yankee dollars to the oil-rich and overwhelmingly Muslim nations of Indonesia and Brunei.

As reported, $6,000,000,000 worth of American taxes has been promised to the two neighboring nations to promote “green energy.”

Many green energy companies in the United States, such as Solyndra and About Solar have been dismal failures despite the over $1,200,000,000 infusion of tax dollars from the Obama Administration. 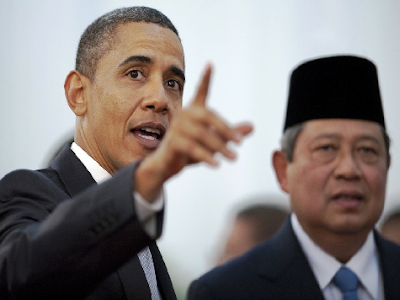 From the Breitbart.com article:  Obama Promises Six Billion For Green Energy In Asia

Yesterday the United States, Brunei, and Indonesia formed the US-Asia Pacific Comprehensive Partnership for a Sustainable Energy Future, and President Barack Obama promised up to $6 billion for the green energy idea.

“The Partnership will offer a framework for consolidating and expanding energy and environmental cooperation across existing regional forums to advance efforts to ensure affordable, secure, and cleaner energy supplies for the region,” said the White House.

There are four specific priorities the Partnership wants to concentrate on: renewables and cleaner energy; markets and interconnectivity; the emerging role of natural gas; and sustainable development.

This is how the $6 billion will be split:

•  The Export-Import Bank of the United States will launch a program to make available up to $5 billion in export credit financing to eligible countries in the region over the next four years to increase access to American technology, services and equipment for the implementation of energy infrastructure projects.

I feel the need for a sanity check coming on, please bear with me…

In the end we have an expansion of what we’ve had before, the President of the United States attempting to define the ‘winners’ in our economy.

No longer content to steer national policy towards his ‘Green Initiatives’ he now extends the hand of friendship (while holding your American Express card in it) to Asian countries in an attempt to drive revenue toward his campaign donors, bundlers, core constituency groups, and other “FOO’s” (friends of Obama’s).  It’s Liberal Progressivism gone…  Global.

Don’t worry, someone will come along and pay for it.

Most likely it’ll be your kids.

Send them off to school tomorrow and tell them everything will be okay.

You’ve lied to them before.

Remember when you told them about… 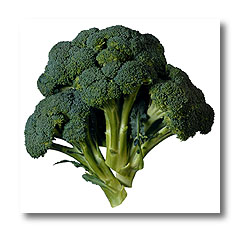 Yeah, this almost EXACTLY like that, but instead of the broccoli ‘passing’ through them within 24 hours, this crap will be stuck in their gullets for their entire life.

But this time, in the Second Term, the World is his Oyster – an International ‘more-of-the-same’ Presidency.

Good luck chewing on THIS, kids…

Hope you’ve got the stomach for it.

Moos Roomhttp://www.moosroom.blogspot.com
My name is Mike Kane. I've been writing stories for years. Most are a release valve from the weirdness of everyday life. Some of these will find their way here, others will fade off into the ether. A select few will be sent via e-mail directly to friends, family, and sometimes complete strangers (you have been warned (assuming that you are 'completely strange')). I've been in Sales all of my adult life. Sometimes sales are good, sometimes sales are bad, but in reality, 'life' is always good (regardless of sales). Well, 'LIFE' is a lot better than the alternative, at least...
Previous articleA House Divided
Next articleJust in Case: Surviving the Worst