1. to walk without lifting the feet or with clumsy steps and a shambling gait.

2. to scrape the feet over the floor in dancing.

3. to move clumsily (usually followed by into ): to shuffle into one’s clothes.

4. to act underhandedly or evasively with respect to a stated situation (often followed by in, into, or out of ): to shuffle out of one’s responsibilities.

On September 11, 2012, the U.S. Embassy in Benghazi, Libya was attacked and four U.S. citizens were murdered by Terrorists. As I type this post one month later on October 11, 2012, EVERYONE knows this, right?

Well, everyone who ‘had an attention span greater than a goldfish’ knew that the September 11th attacks meant something other than a mere coincidence of a calendar date…

Dance with them now: 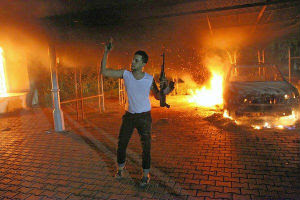 September 12: Secretary Clinton and President Obama issue statements condemning both the video and the attacks.

September 14: Carney denies Administration had “actionable intelligence indicating that an attack on the U.S. mission in Benghazi was planned or imminent.” 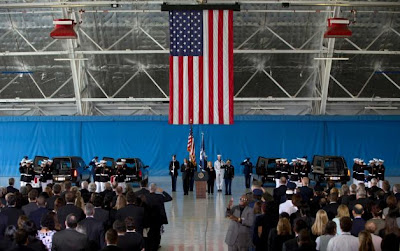 September 16: U.N. Ambassador Susan Rice appears on Sunday talk shows and says the attacks were provoked by the video, exclusively.

September 20: Carney tries to back up Olsen, says it was “self-evident that what happened in Benghazi was a terrorist attack.”

September 21: Secretary of State Clinton, at meeting with Pakistani Foreign Minister, says, “What happened in Benghazi was a terrorist attack.”

September 25: On ABC’s “The View,” Obama says, “we don’t have all of the information yet so we are still gathering.”

September 25: To the U.N. assembly, Obama blames “A crude and disgusting video sparked outrage throughout the Muslim world.”

September 26: Libya’s Magarief on the “Today” show says, “It was a preplanned act of terrorism directed against American citizens.”

September 27: Innocence of Muslims filmmaker Mark Basseley Youseff (aka Nakoula Basseley Nakoula) is arrested and denied bail on the charges of “probation violation.”

October 10: “(State) Department officials were asked about the administration’s initial—and since retracted—explanation linking the violence to protests over an American-made anti-Muslim video circulating on the Internet. One official responded, ‘That was not our conclusion.’ He called it a question for ‘others’ to answer, without specifying.”

During the Democratic National Convention supporters of the Obama Administration cheered 21 times as it was announced that President Obama “killed Bin Laden”. (And lest we forget, he also saved General Motors, then he gave it to the Unions to be eaten alive…)

I’ve had a couple of questions bouncing around in the back of my head since Charlotte’s DNC Love Fest:

This evening I will watch the Vice Presidential debate between Paul Ryan and Joe Biden. Will the Moderator from ABC News ask about Libya, dead Americans, the cover-up, and the Administration’s Benghazi Shuffle?

Will Joe Biden answer the questions many of us want to know which all begin with a single word, “Why”?

“Why wasn’t the embassy (or all embassies for that matter) secure on 9/11?”

“Why did you blame a Terrorist attack on a film no one saw?”

“Why haven’t you given answers to the families of those left behind?”

On October 10, 2012, CNN’s Anderson Cooper spoke with Pat Smith, the mother of Sean Smith, who died in the 9/11/12 Benghazi attack said the following:

Speaking to Anderson Cooper on CNN last night, she told how she cried on Obama’s shoulder and how: ‘Everyone of them, all the big shots over there told me – they promised me, they promised me that they would tell me what happened.

‘I told them, please don’t give me any baloney that comes through with this political stuff.

‘I don’t want political stuff. You can keep your political, just tell me the truth – what happened.

‘And I still don’t know. In fact, today I just heard something more that he died of smoke inhalation.

‘They haven’t told me anything. They are still studying it. And the things that they are telling me are just outright lies.’

She said: ‘He was my only child. And he was good, he was good at what he did, he’d loved it.

‘I begged them to tell me what happened.’

‘I said I want to know all the details, all of the details no matter what it is, and I’ll make up my own mind on it.’

‘No one, not one person has ever, ever gotten back to me other than media people and the gaming people [her son was an avid computer game player].

Asked who told her she would be contacted, she replied: ‘Obama told me. Hillary promised me. Joe Biden – Joe Biden is a pleasure. He was a real sweetheart.’

Time will tell if Mrs. Smith ever gets the answers she’s looking for. I hope that she does. I also hope that the facts surrounding her son’s death are not as gristly as the results from the ambassador’s autopsy.

Several days after the attack I saw Hillary Clinton on Television discussing photos released online that showed men ‘carrying the Ambassador in an effort to seek medical assistance’ for him. Later it was revealed that Ambassador Stevens was already dead in the photos and the ghoulish procession his body took through the streets of Benghazi was a post-mortem victory lap for his assassins.

Here’s a question for any of you still reading this: If this administration will LIE so blatantly to us about issues which we / and they know to be untrue… What else are they, or HAVE they, been lying about?

The United States has not had an ambassador murdered by Terrorists since 1973 when Jimmy Carter was President. 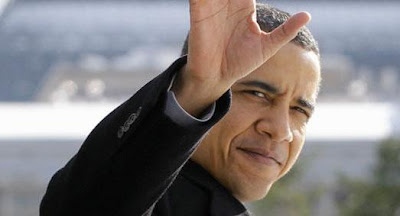 Moos Roomhttp://www.moosroom.blogspot.com
My name is Mike Kane. I've been writing stories for years. Most are a release valve from the weirdness of everyday life. Some of these will find their way here, others will fade off into the ether. A select few will be sent via e-mail directly to friends, family, and sometimes complete strangers (you have been warned (assuming that you are 'completely strange')). I've been in Sales all of my adult life. Sometimes sales are good, sometimes sales are bad, but in reality, 'life' is always good (regardless of sales). Well, 'LIFE' is a lot better than the alternative, at least...
Previous articleRyan/Biden Pregame Primer
Next articleAny Democrats save bureaucrats, bankers and illegals better off with Obama?