Randy Newman, the Grammy-Award winning composer, singer, songwriter, and patriot who gave us, “Short People”, Toy Story’s “You Got a Friend In Me”, and “I Love L.A.” is back!

(Not that he’s one of THOSE)

Yes, with his vitally important release of, “I’m Dreaming”, Randy Newman explains to stupid Americans how NOT voting for an incompetent man (oops, I meant to say ‘Black Man’) is Racist.

“I’m dreaming of a white President.  Just like the ones we’ve always had. A real live white man, who knows the score, how to handle money or start a war, wouldn’t even have to tell me what we were fighting for.”

“He won’t be the brightest, perhaps, but he’ll be the whitest.  And I’ll vote for that.” 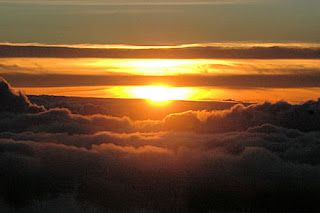 Oh, oh!  I’d better leave religion out of this as I’m preparing to get all you gun and Bible-clinging ‘Racists’ mad at me.  Don’t want a bunch of angry Christians storming my local Embassy and burning the flag in front of my bunker.

Although, I will make one small exception if you need to burn ‘some sort of flag’ – how about this one?

Mr. Newman, we have ALREADY elected a man partly based upon his ‘race’.  Unless you’ve been sleeping in a cave, he’s currently President of the United States.

Yes, our racist Nation already ‘went there’ with an African-American man with Hope and Change on his mind, and his message plastered on the bumpers of rusting GM vehicles across America.

The only problem is that he failed.

No, this is not exactly correct, I’m sorry, I misspoke.

President Obama succeeded in implementing his vision, his policies, and his mandates on this, his ‘re-imagined’ America.  The outcome of the President’s ‘vision’ is a polarized, debt-laden, paranoid, and yes, I’ll write it down here just so I’m not ‘misunderestimated’, a weakened and less-secure America.

He succeeded, and as a result, America is diminished.

Ah, but what’s the point?

Once again I’ve gotten off topic from where I was going when I began my ‘ramble’ above.

Here’s the point, Mr. Newman:  In the America I live in, the one you most-likely ‘fly-over’ on your way to somewhere else more important, I, and people like me, vote for the person we feel is most likely to get the job of ‘strengthening America’ done.  The guy (or gal) who has a vision most-consistent with our own who says ‘out loud and in public’ the things we believe in and is not afraid to do so.

One more thing (yet ‘another’ thing), looping back above to a comment I made earlier in this post:

The Huffington Post, August 21, 2012:   Mitt Romney Is Capturing Zero Percent Of The Black Vote, According To New Poll

Take a guess as to what percentage of black voters Mitt Romney is winning this election. Now take whatever number you’ve got in your head and go lower.

According to a new NBC News/Wall Street Journal poll, President Obama is beating his Republican opponent among black voters by a whopping 94 percent to 0 percent.

Yeah Randy, but we’re the Racists?

Thanks for going here…

“I have a dream that my four little children will one day live in a nation where they will not be judged by the color of their skin, but by the content of their character” — Martin Luther King, Jr.

And Randy, your song pretty much sucks too.

Moos Roomhttp://www.moosroom.blogspot.com
My name is Mike Kane. I've been writing stories for years. Most are a release valve from the weirdness of everyday life. Some of these will find their way here, others will fade off into the ether. A select few will be sent via e-mail directly to friends, family, and sometimes complete strangers (you have been warned (assuming that you are 'completely strange')). I've been in Sales all of my adult life. Sometimes sales are good, sometimes sales are bad, but in reality, 'life' is always good (regardless of sales). Well, 'LIFE' is a lot better than the alternative, at least...
Previous article……and with a double prayer bump, he’s gotta be correct.
Next articleWherefore the Vichy Republican Press?