“Excuse me Mr. Moos, but what are we doing here?  It’s noisy, it smells bad, and I think I just saw a rat…” says the anxious boy wearing a black and white polo shirt.  His face is pleading as he asks the man in the light brown suit standing next to him on a hill overlooking the landfill.  He wrinkles his face and puts a hand over his nose to keep as much of the smell out as possible.  He stares up at the man standing next to him waiting for some sort of response.  The man does not immediately answer the boy’s question, but instead continues to scan the distant horizon.  The man shields his eyes from the sun with his hand and acts as he didn’t hear the question.

A few minutes later the man responds, “Shhhhh, kidd-o, we’re looking for something.”

“What are we looking for?  If I know what it is, I can help you look and we’ll get out of here sooner, you know, as opposed to, later.  You may not have noticed it Mr. M. but it smells really bad here and…”  The boy’s voice trails off as a lone sea gull swoops down toward the man standing next to him.  It squawks, flaps its wings and veers off just prior to striking the man’s left shoulder.  “Whoa, that was close Mr. M.!  Did you see that sea gull!?!?  It almost hit you!  Come on, can we go now, please?”

The man appears preoccupied as he stares across the landscape of endless refuge.  He’s physically here, but his stance indicates that he is ‘somewhere else’ mentally, focused on a task requiring all his concentration, or perhaps he’s reliving events from another time, or, another place.

“I can’t believe I’m back here again,” says the man.  “So much trash, so much garbage, so much to do and to say, but is there enough time?”  The man isn’t speaking to the boy now, he’s having a conversation with himself.  His lips move as he continues to stare across the debris field of trash through red-rimmed, watery eyes.

“Wait, this isn’t right.  Hey, where’s Maxie?” he gets the words out  just as a black Labrador with a white spot on her chest races past him towards a trash-heap covered with squawking gulls.  He looks down to see that the boy is gone.  His dog, his best-friend growing up, having roused the birds from their trash heaps, has turned and is now padding back towards him.

Now he is the boy.  The boy is his dog.  And as he awakens from the dream he realizes that he must take…

Another Trip to the Dump

(Hold your noses, we’re going in…)

In case you missed the prior two editions of ‘The Dump’ posts, this is the place where miscellaneous information either too limited to write an entire whole post about, too odd to be believed, or, to intellectually ‘stout’ for me to understand completely (due to limited mental horsepower) go to rest.

And this, as Paul Harvey liked to say, is the ‘Rest of the Story’.

“Arrr, so the Obama campaign found time to Tweet de above photter to share with dare followers.  It be a picshure of the President meeting with the Privateer Czar, Capt. Black Hook.  He’ll be keeping his boot on the throat of all those bucaneers who dare to cross swords with the Privateer-In-Chief, he will.  Dead men tell no tales…”

Someone within the Obama Administration posted the above photo on Twitter in celebration of “Talk Like A Pirate Day”.  Yes, they have time to do things like this within the Obama Administration.  I would expect that the intent was to be similar to a “High School Prank” to see how many news outlets would report the story as being ‘real’.  In actuality, the above photo is from 2009.  I am here today to report that there is NO truth to the rumor that President Obama blew off Prime Minister of Israel to sit down with a pirate in a $49 costume.

He actually blew off the Prime Minister of Israel to do Letterman.  Well, that’s not entirely correct, he also blew off the PM to hang with Beyonce and Jay-Z at their nightclub for a $40,000 (per person) fundraiser with the ‘common people’ he represents.

Unfortunately for America I’ve just realized that there is NO – “Talk Like the Leader of the Free World Day”.  As a result, the Obama Administration remains relatively ‘mum’ regarding ongoing attacks on US consulates around the world, the murder of US citizens, and the suspension of Constitutionally-granted Liberties right here at home.  [See following]

LOS ANGELES (AP) — A Southern California filmmaker linked to an anti-Islamic movie inflaming protests across the Middle East was interviewed Saturday at a Los Angeles sheriff’s station and afterward decided not to return to his home – possibly heading into hiding, authorities said.

Nakoula Basseley Nakoula, 55, was interviewed by federal probation officers for about half an hour at the station shortly after 12 a.m. in his hometown of Cerritos, Calif., said Steve Whitmore, spokesman for the Los Angeles County sheriff’s department.

Federal probation officers picked up this knucklehead just after midnight on Friday and interviewed him as reporters, photographers, and other Media folks gathered at the facility to ‘out’ this man’s life and attempt to toss his image, name, home address, and secretive LifeLock information all across the Internet.  Because when you are PERSONALLY RESPONSIBLE for the death of Americans in a far-away land, you MUST be held accountable.  And, having been tried and convicted in the court of the Obama Administration, well, consider yourself a “Dead Man Walking”.

For almost a week the Administration told the World that this guy was THE singular guy / reason who/which caused the riots around the Middle East.

Stick a fork in this dude, because his life is DONE.

UPDATE:  Oops, never mind!  Turns out that based upon the evidence from the site, chatter prior to the attack, confirmation by the Libyan President, prior warnings (unheeded) to the US State Department, and comments by Mitt Romney all indicate that this WAS a Terror Attack on the United States’ Embassy.

I know it’s true because Jay Carney said so yesterday:

“It is self-evident that what happened in Benghazi was a terrorist attack,” White House press secretary Jay Carney told reporters traveling yesterday with President Barack Obama.

It’s okay “guy-with-the-weird-name-who-made-the-video” dude — you can go back to your normal life now!

(Moos Note:  I would seriously consider moving to Superman’s Ice Fortress of Solitude vs. where you ‘used to live’ if I were you.  You might also want to consider hunting, fishing, and growing your own food because this Administration has put a target the size of the rings of Saturn on your forehead.  Good luck with that!)

They’re not gonna take it…

At Mukwonago High School in Wisconsin, for instance, football players — who burn upwards of 3,000 calories a day — led a boycott of the new federally mandated school lunch calorie limits, the Milwaukee Journal Sentinel reports. Seventy percent of the 830 Mukwonago High students who normally buy lunch instead packed their own lunches in protest of the “one size fits all thing.” Middle schoolers in the district followed suit, with nearly half refusing to buy lunch.

The protest at Mukwonago High comes weeks after students from Plum Borough School District in Pennsylvania launched a #BrownBagginIt campaign on Twitter, leading to an enthused and widespread movement that had students foregoing school meals for their own bagged lunches.

The teens there believed that their lunch quality and quantity had decreased as prices for the meals increased.

Keep after ’em kids – they’re not used to being told ‘No’.  If anyone can wear down a bunch of politicians, it’s a bunch of ticked off kids.

The future appears to be brighter than I would have expected.

Have a nice weekend folks…

Be sure to eat what your legislators tell you to – as in most cases of governmental intrusion into your daily life, it rhymes with ‘wit’… 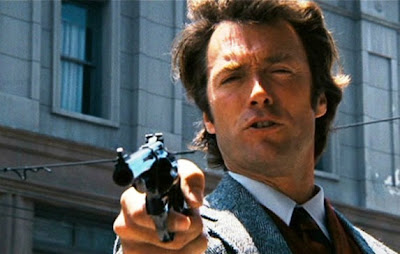 Moos Roomhttp://www.moosroom.blogspot.com
My name is Mike Kane. I've been writing stories for years. Most are a release valve from the weirdness of everyday life. Some of these will find their way here, others will fade off into the ether. A select few will be sent via e-mail directly to friends, family, and sometimes complete strangers (you have been warned (assuming that you are 'completely strange')). I've been in Sales all of my adult life. Sometimes sales are good, sometimes sales are bad, but in reality, 'life' is always good (regardless of sales). Well, 'LIFE' is a lot better than the alternative, at least...
Previous articleOne Nation, Under Obama
Next articleLooking at States Like Sports Teams