Wikipedia: The term “dead cat bounce” is derived from the idea that “even a dead cat will bounce if it falls from a great height”.

The President has lost his ‘Dead Cat Bounce’ following the DNC post-convention Love Fest.  For the next forty-nine days he’ll “Dribble that Cat” to increase his chances of reelection.

Now is the time to bang that kitty up and down until he makes some approval ratings magic happen.

The magic began in yesterday’s edition of “Dribbling the Cat (Part I)” regarding the Fed’s Quantitative Easing 4. 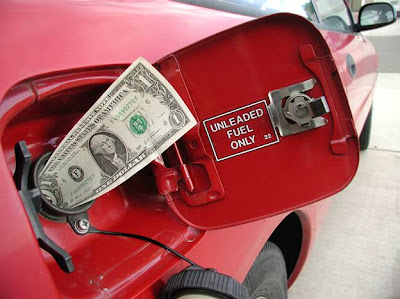 NEW YORK (AP) — Oil plunged more than $4 per barrel in a short time Monday afternoon, erasing the gains made last week when the Federal Reserve unveiled new steps to boost the U.S. economy.

Benchmark crude fell $2.38, or 2.4%, to finish at $96.62 on the New York Mercantile Exchange. It was the biggest percentage decline since July 23. Oil dropped below $95 per barrel during the rapid sell-off before recovering a bit.

Traders were unsure of the cause of Monday’s price drop. Some questioned whether an errant trade or another rumor about a release of oil from the Strategic Petroleum Reserve was to blame.

Chris Grams, a spokesman for NYMEX operator CME Group, said there were no technical glitches behind the price drop.

The White House has been considering tapping the Strategic Petroleum Reserve to stem the rising cost of crude and gasoline. A little over a week ago, Reuters reported the Obama administration was considering a release much larger than the 30 million barrels from last year.

Well, isn’t that special?  Crude oil prices began to fall today based upon rumors that the Obama Administration was going to release MORE THAN 30 million barrels of oil!  Why would President Obama want the price of gasoline to fall now, vs. any other time in the recent past?

Hey, there’s an election coming up!  And somebody needs some polling improvements to bolster their base and win over the ‘weak-minded-only-paying-attention-to-today’s-news-voters.’

Democratic Slogan:  “An uninformed voter is Our best supporter.”

But, I’m wondering, does anyone in the Administration think about what the purpose of the Strategic Oil Reserve is, you know, other than buying votes?

1.  Is it for lowering the price of gas in the near-term?

2.  Is it for making the President look like a ‘nice guy’?

3.  Is it part of our nation’s ‘Rainy Day’ oil-filled ‘Mason Jar’ buried in the back yard?

Of the three responses above, only Number 3 comes close to the original intent of the Strategic Oil Reserve.

The Strategic Petroleum Reserve (SPR) is an emergency fuel storage of oil maintained by the United States Department of Energy. It is the largest emergency supply in the world with the capacity to hold up to 727 million barrels.

The United States started the petroleum reserve in 1975 after oil supplies were cut off during the 1973-74 oil embargo, to mitigate future temporary supply disruptions.

To be fair, G. W. Bush released oil from the Strategic Oil Reserves following Hurricane Katrina in 2005 to augment interrupted supplies from the Gulf.  President Obama also released oil once before following the conflict in 2011 when the “beautiful bloom of Muslim Brotherhood Democracy” took root across the Middle East during the ‘wonderfully organic’ Arab Spring movement.

So I guess the real question is:  Should the President be messing with the Strategic Oil Reserves fewer than 50 days out from a National Election?

That answer, of course, is a resounding Yes!

Unless, of course, you ask people who are paid to track this stuff…

Release of Oil Stocks to Lower Prices Is Crude Idea

Oil has returned to the political agenda as Western governments grapple with soaring energy prices, but observers say a release of emergency oil stockpiles would have only a limited effect.

Prices of both U.S. benchmark West Texas Intermediate and Brent crude have soared around 15% since the start of July, turbo-charged by expectations of more monetary easing from the Federal Reserve this Thursday and geopolitical tension in the Middle East.

And in the U.S. over the past month, gasoline prices have risen uncomfortably near $4 a gallon—a level last reached in 2008 just before the recession hit and prices crashed. The level is generally viewed as a pinch point for consumers and has been accompanied by widely publicized comments from White House officials that the U.S. is again considering tapping its oil stocks.

With a U.S. election just two months away, speculation in the market has reached a fever pitch that the U.S. could act unilaterally to release emergency stocks or even push for a coordinated release.

However, in recent years governments have increasingly seemed to view the release of oil stocks as a political expedient, rather than an emergency measure, analysts say.

The last time discussions of a reserves release made the headlines was back in March—just ahead of the French presidential election and when the price of Brent crude oil rose above $120 a barrel.

A potential release is like a “Sword of Damocles” hanging over the market, Mr. Tchilinguirian added. Whether it will happen is uncertain, but if it does prices will fall.

However, the impact of a stock release on prices is difficult to predict and the more frequently it is used, the less effective it becomes as a tool, say analysts.

Last year’s release of stockpiles to make up for a Libyan export shutdown during the country’s civil war brought down prices only briefly. U.S. oil futures fell some 5% initially but bounced back higher within a week.

Prediction?  The President will open up the Strategic Oil Reserves sometime in early October.

Reasons given may include:

* Ongoing instability in the Middle East,

* In response to some man-made, or to a weather-born phenomenon interrupting normal production of crude oil, or, perhaps,

* The greatest natural disaster of them all, the lack of a coherent National Energy Policy and refusal to explore oil reserves ‘locally’

Ah, but what do I know?  I’m just a guy sitting in his PJ’s at 5:46 in the morning connecting the dots.  The dots mostly lead to the same place – an empty chair, adorned with an empty suit jacket, worn, on occasion by the empty, vapid man in the White House.

Not that there’s anything wrong with that…

Moos Roomhttp://www.moosroom.blogspot.com
My name is Mike Kane. I've been writing stories for years. Most are a release valve from the weirdness of everyday life. Some of these will find their way here, others will fade off into the ether. A select few will be sent via e-mail directly to friends, family, and sometimes complete strangers (you have been warned (assuming that you are 'completely strange')). I've been in Sales all of my adult life. Sometimes sales are good, sometimes sales are bad, but in reality, 'life' is always good (regardless of sales). Well, 'LIFE' is a lot better than the alternative, at least...
Previous articleBy an Angel’s Kiss, LTC Christopher K Raible, 40 and SGT Bradley W Atwell, 27, USMC
Next articleThe 47%-ers for Mitt