I have no adequate words to describe exactly what I felt on September 11, 2001. While I remember the day and the weeks which followed like they were yesterday, I can’t bring myself to write my ‘feelings’ down here.

Can’t write them down here? No, that’s not quite right. If I’m being honest with you, I guess I’ll have to admit that I won’t write them here. Mostly because they were my feelings; and you, well, you have your own memories and feelings to contend with.

Looking back, I remember sitting in my home watching television reports until the early hours of the morning of the Twelfth. News teams broadcast live from the fallen hulk of the World Trade Center 24/7 in the weeks which followed.

My eyes burned not from eye strain, but from an un-characteristic redness which lasted for several days, but probably it was more like a week. Or, maybe I was just tired from watching too much coverage on television…

Will I ever write what I felt? No, probably not. I’ll leave it to real ‘writers’ (you know – the ones with Journalism Degrees or ‘letters’ after their names) to re-live the events of those days and re-count them with dry eyes.

As for me, I’m just a guy who wants our country to be more vigilant in the future and for our troops to come home safely when they know their job is done.

Lastly, I guess I want the people who represent us to never forget what happened in our not-so-distant past.

For in those days we were all just ‘Americans’ again.

Then, of course, we got over it…

Sleep well tonight America, but before you nod off, say a prayer for the soldiers, law enforcement officers, fire fighters and all those who work tirelessly to keep us safe.

I hope that God will watch over you and your family; keeping you safe from all threats, foreign, and domestic.

09/11/2012 Update:  I posted the above thoughts four years ago on another site.  Looking back at the four ensuing, and over the entirety of the eleven years, I find that our Nation has become more fractured than it was prior to 09/11/2011.  I fear that time has dulled our collective memories of that day in September, 2001.

We have re-hyphenated our Races:

We have re-hyphenated our Religions:

We have forgotten why we went to war, after war came to us

So, the question is this:  Did they win?

Eleven years later, I’ll leave you to answer that question for yourself.

In the end, when you come down to it, all you have is your family.  Most times, that’s more than enough.

I will never forget. 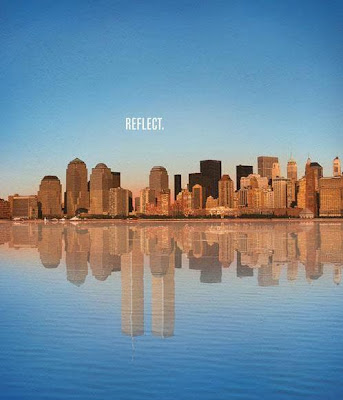 Moos Roomhttp://www.moosroom.blogspot.com
My name is Mike Kane. I've been writing stories for years. Most are a release valve from the weirdness of everyday life. Some of these will find their way here, others will fade off into the ether. A select few will be sent via e-mail directly to friends, family, and sometimes complete strangers (you have been warned (assuming that you are 'completely strange')). I've been in Sales all of my adult life. Sometimes sales are good, sometimes sales are bad, but in reality, 'life' is always good (regardless of sales). Well, 'LIFE' is a lot better than the alternative, at least...
Previous articleBy an Angel’s Kiss, CW2 Jose L Montenegro Jr, 31 and CW2 Thalia S Ramirez, 28
Next articleThe Freedom Tip, Walking Forward Red Numbers