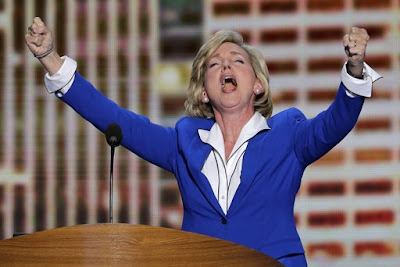 I didn’t miss all of it, but I freely admit that I missed ‘most of it’.

Two reasons, I guess.  Neither one is more important than the other:

The third reason, is, that I’ve already read the book, I don’t need to watch the film.  The book is ALMOST always better than the film because reading is a much more personal experience than watching someone else act out the parts written for them.

When Reading a book:

YOU provide the imagination to fill in the blanks which the author can not, or chose not to.

YOU are an active participant in the story, viewing events as they unfold, then guessing what comes next.

YOU are involved in the story on a very personal level…  YOU live it.

And, finally, YOU finish the story at your leisure, according to your schedule, because YOU want to.  Conversely, if a story ‘Is poorly written’, you may decide to put the book down and to never pick it up again.  YOU have that option.

Yes, I prefer books to film.

But hey, that’s just me.

However, I do believe that there are instances where film can capture moments of great historical significance like no other medium can.

Then again, there are moments like the two which follow.  Moments which shall live in infamy long after my fingers cease their movement across this keyboard…

Moments captured digitally and posted on Al Gore’s Internet which will haunt the speakers, the participants, and the Party for generations to come.

(Please pay particular attention to members of the audience as they experience the collective Obama ‘Rapture’ during this speech.  You’ll know them when they come along…  Can you spot them?  Yes.  Yes you can…)

“Something about her seemed familiar.  I could swear I’d seen her face before.  But she said you must be mistaken…”

(I stole these lines from Harry Chapin’s ‘Taxi’.  I’m not proud of it, but I will ‘fess up to it…  Why?  Because stealing anything, even words, is WRONG!)

It wasn’t long after watching the above footage that my mind made the leap to where I had seen the ‘face’, heard the ‘words’, the witnessed the ‘lunacy’ before.  It was from another Democratic event in the not-so-distant past.

It was, of course, Howard Dean’s ‘scream’…

As referenced above, I didn’t need to watch President Obama’s Exceptance speech.  The word ‘Exceptance’ is used above on purpose, as in:

“I would have fixed the economy ‘except’ it was worse than I thought it could have possibly imagined.”

“I would have focused on helping businesses create jobs ‘except’ I was fixing Health Care in America.”

“The 23 MILLION Americans are still out of work would almost all have jobs today, except for the Economy the previous Administration left me with…”

“No, I don’t believe that it’s ironic that I want legal and illegal voters to vote for me WITHOUT Identification, but if you’re buying a DNC-sponsored ‘Birth Certificate’ coffee cup YOU have to show ID because…  It’s a political donation.  Well, maybe this is ironic except, um, well…”

I didn’t need to SEE the President’s Speech last night.  As I’ve been fully-engaged in the reality of his President’s economic strategies and social-engineering for the past four years…

It is time to pick up a new book and put the ‘Book of Obama’ down without finishing it.

This particular ‘book’ isn’t going anywhere…  And with a campaign slogan such as, “Forward” you can only expect the plot line to continue in the same direction as the past four years.

Have a nice weekend folks.

Moos Roomhttp://www.moosroom.blogspot.com
My name is Mike Kane. I've been writing stories for years. Most are a release valve from the weirdness of everyday life. Some of these will find their way here, others will fade off into the ether. A select few will be sent via e-mail directly to friends, family, and sometimes complete strangers (you have been warned (assuming that you are 'completely strange')). I've been in Sales all of my adult life. Sometimes sales are good, sometimes sales are bad, but in reality, 'life' is always good (regardless of sales). Well, 'LIFE' is a lot better than the alternative, at least...
Previous articleBy an Angel’s Kiss, PFC Shane W Cantu, 20
Next articleObama promises FDR-like experimentation during second Great Depression