Burn Rate:  n, the rate at which a company (esp. startup) uses its cash to survive, the money spent each month above incoming cash flow 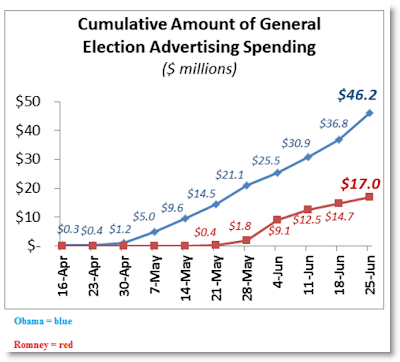 Negative Return:  This occurs when a company or business has a financial loss or lackluster returns on an investment during a specific period of time. Some businesses report a negative return during their early years because of the amount of capital that initially goes into the business to get it off the ground. New businesses generally do not begin making a profit until after a few years of being established.

Also referred to as negative return on equity.  For more:  Investopedia 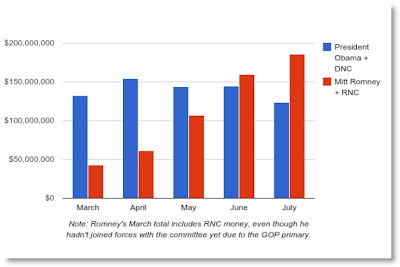 From USA Today.com, August 21, 2012:  WASHINGTON – As Election Day approaches, President Obama is burning through campaign money faster than he can collect it — exceeding his spending pace at this stage of the 2008 contest as he expands his field operation and trades combative ads on the airwaves with Republican rival Mitt Romney.
.
[Moos Note:  Obama spending more than he’s taking in?  Who saw THAT coming???  For the love of God, it’s all he knows how to do…]
.
Last month alone, Obama spent nearly $59 million through his main campaign account — $10 million more than he raised, financial reports filed late Monday afternoon show. The cost of his campaign so far: more than $325 million, not counting spending by the the Democratic Party committees aiding his re-election.
.
…
The Democratic National Committee also stepped up its spending on the president’s behalf last month, burning through $32 million — more than double what the national party spent a month earlier, as it undertook fresh rounds of polling and advertising to help Obama.
.
Obama pumped more than $48 million into advertising last month, more than twice what Romney spent.
.
The Romney campaign has been on a winning streak when it comes to fundraising, besting Obama and Democrats for three straight months. Romney and his fundraising operation reported collecting $101 million in July, outgunning Obama and his allies by $25 million.
.
Since then, the Romney camp said it has raised $10.2 million online in the week after Romney’s Aug. 11 announcement of Wisconsin Rep. Paul Ryan as his running mate.
.
…
.
Obama’s spending has put increased pressure on his campaign to raise money quickly. In an e-mail to supporters last week, he implored them to give as little as $3 each, saying he was being outspent by Republicans on the airwaves by a 2-to-1 ratio in Iowa. Next week, the hunt for cash heads to Europe where actor George Clooney is scheduled to headline an Obama fundraiser in Geneva.
.
[Moos Note:  Yes, whenever I need financial aid to run for the highest public office in America, I always send MY Hollywood ‘face’ bundlers to Switzerland.  Yeah, President Obama is one of US…]
.
The end result of President Obama’s reckless, deficit-laden, negative ad spending? 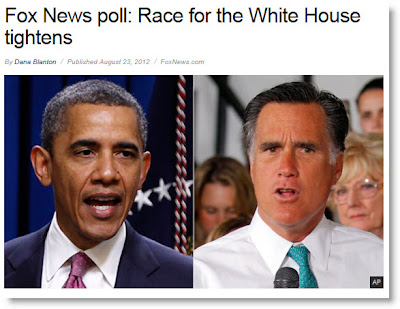 Fox News Online, August 23, 2012:  Less than a week before the Republican convention begins, the race for the White House is a virtual tie.  According to a Fox News poll of likely voters, the Mitt Romney-Paul Ryan ticket receives the backing of 45 percent, while the Barack Obama-Joe Biden ticket garners 44 percent.

The poll, released Thursday, is the first Fox has conducted among likely voters this year, which means an apples-to-apples comparison can’t be made to previous polls.  Likely voters are eligible/registered voters who will most likely cast a ballot in this year’s presidential election.


Independents back Romney by 42-32 percent (one in four is undecided).  Independents were vital to Obama’s 2008 victory, backing him over Republican John McCain by 52-44 percent (Fox News exit poll).

In summation,
People intending to vote for Romney are:

The people voting for Obama are:

In conclusion, President Obama is running his campaign EXACTLY the way he’s been running the country for almost four years:

And if you ever got the chance to ask him, “Who’s fault is it that your campaign is spending more than it’s raising?”

Well, you already know the answer…

Moos Roomhttp://www.moosroom.blogspot.com
My name is Mike Kane. I've been writing stories for years. Most are a release valve from the weirdness of everyday life. Some of these will find their way here, others will fade off into the ether. A select few will be sent via e-mail directly to friends, family, and sometimes complete strangers (you have been warned (assuming that you are 'completely strange')). I've been in Sales all of my adult life. Sometimes sales are good, sometimes sales are bad, but in reality, 'life' is always good (regardless of sales). Well, 'LIFE' is a lot better than the alternative, at least...
Previous articleTranquility Base II – The Eagle Has Finally Landed
Next articleThe GOP and the Storm: Can the Establishment Get This Right?