On those, ummm, “ethics violations” Romney and Pelosi like to throw at Gingrich? Yeah…

First comes Byron York, who covered the ethics mess during the nineties for American Spectator.

[H]is critics contended that it had little to do with learning and was in fact a political exercise in which Gingrich abused a tax-exempt foundation to spread his own partisan message.

In other words, just like every leftist professor at college today, right? Shilling for the left and the Democrat Party? 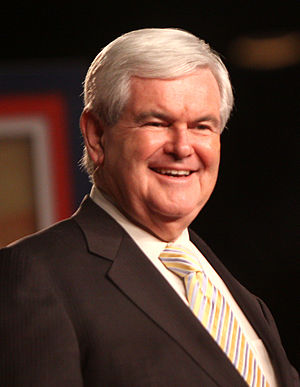 In the end, in 1999, the IRS released a densely written, highly detailed 74-page report. The course was, in fact, educational, the IRS said. “The overwhelming number of positions advocated in the course were very broad in nature and often more applicable to individual behavior or behavioral changes in society as a whole than to any ‘political’ action,” investigators wrote. “For example, the lecture on quality was much more directly applicable to individual behavior than political action and would be difficult to attempt to categorize in political terms. Another example is the lecture on personal strength where again the focus was on individual behavior. In fact, this lecture placed some focus on the personal strength of individual Democrats who likely would not agree with Mr. Gingrich on his political views expressed in forums outside his Renewing American Civilization course teaching. Even in the lectures that had a partial focus on broadly defined changes in political activity, such as less government and government regulation, there was also a strong emphasis on changes in personal behavior and non-political changes in society as a whole.”

Read it all, spread it around, since not many seem to be interested in the truth.

Now if the American Idol voters would accept Gingrich or not is another question. You can banter “electability” around all day long, but the truth is the truth and Romney joining in an attack alongside the likes of Nancy Pelosi gives me the creeps; especially as the ethics question is one that should’ve been put to bed in 1999. Forever.

Erick Brockwayhttp://www.erickbrockway.com
Work seven days a week at two jobs, a newly RETIRED EO1 (E6) in the Navy Reserves (Seabees), blog when I can from cellphone and computer. @erickbrockway #catcot #tcot Currently living in Camarillo, CA, about 45 miles North of LA. I have a wife (20+ years) son, and two daughters.
Previous articleRandom Thoughts About the 2012 Nomination Process
Next articleHerman Cain And The TEA Party Response To The State Of The Union