This entry is dedicated with gratitude to @LadyImpactOhio, who yesterday on I.S.U. asked the question: “What are the Israeli citizens saying about all this stuff ?”

The words of everyday Israelis……

“I have been fighting this deal for five years, and I staunchly oppose the release of terrorists, murderers and convicts,” said Yossi Mendelevitch, whose son was killed in a terror attack in 2003. 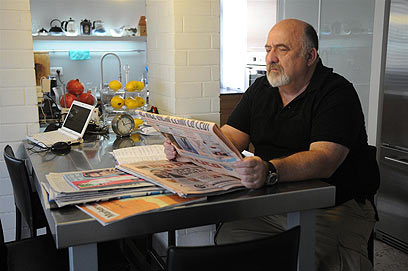 “In fact, Israel is surrendering to a terror organization by freeing killers.”

Pretty much sums it up for thoughts by the sane people in Israel.

Another father of a terror victim, Ron Kerman, joined Mendelevitch’s assertion that the prisoner swap deal is dangerous for Israel.

“While I am happy for the Shalit family, I fear for the lives of the citizens of Israel,” said Kerman, whose 17-year-old daughter, Tal, was killed in the same bus bombing as Yuval Mendelevitch. “I don’t buy the politicians’ promises… I am afraid that more people will join my situation as result of the Shalit deal, not to mention the… morale boost that Israel’s government, headed by Benjamin Netanyahu, has given terror organizations.”

Rami Nahum, whose son, Nir, was killed in a bus bombing in 2002, spoke out against the measure as well. “Not at any price,” he said. “This deal makes way for more deals. We cannot release killers at any price.”

Alexandra Shevchuk, whose husband, Sergei, died in the same attack, is of the same opinion.

“I am a mother, too. I have a 16-year-old son, I know what a mother’s love is, and what it means to wait for your son,” she said. “But I also know that terrorists who are freed will return to murder.”

Of course, there’s the flip side to those thoughts – The Leftists, Liberals and other assorted and sundry self-destructive morons, who think of the genocide that is on the way…… ‘It can’t happen here, because we’re being nice to them now’.

People like Shimon Peres, pacifist, peace-at-any-price J-Street tool and current President of The State of Israel — ‘Opposition’ leader and Knesset Minister Tzipi Livni — the latest entry to the insanity in the form of Labor Party leader Shelly Yachimovich — and of course, a citizen at large, Ha’aretz Daily’s Yossi Melman who states……

Mr. Melman, I’d say something in commentary to you via poetry, but no matter how much effort is employed, I can only derive one word to rhyme with ‘schmuck’.

The news of the deal itself……

Please read it all, including the comments from readers and my replies.

Am I an Islamophobe ? – No, because the ‘phobe’ part designates fear.

I simply have ‘a bit’ of a problem with a group of people who want to kill me just because I’m Jewish.

Islam is not a race & Muslim is not a race.  If one or both are, then Christianity & Judiasim are as well.  So all you liberals, leftists and Moose Limb Quranimals reading this, knock off the racism boole sheet.