The village – home and namesake to the only beer brewery in the West Bank – saw an influx of foreigners, locals and seemingly half of Tel Aviv’s leftist community as thousands gathered in the compound of the municipal hall. 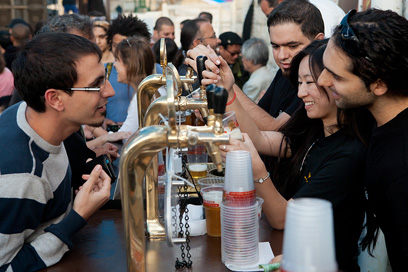 A furious flow of beer accompanied this cheerfully alcoholic event in the only Christian village in the area, perched on a picturesque hilltop just outside Ramallah and surrounded by Israeli settlements and Muslim villages. 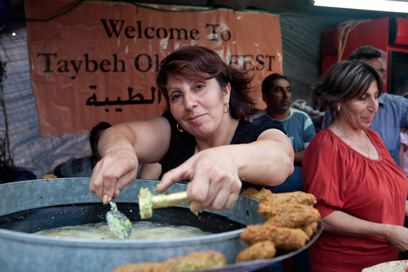 The two-day festival hosts a wide range of local vendors offering all that’s good from the Middle Eastern kitchens, plus less authentic fish and chips, as well as homemade olive oil, posters, ceramics, henna tattoos and face-painting, mostly (but not exclusively) for the kids. 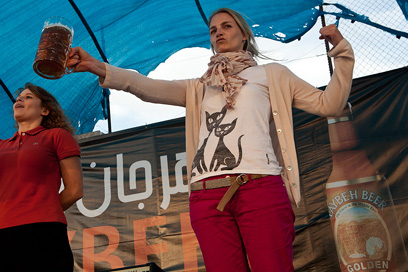 “It’s amazing to see people come and enjoy themselves in our village. There are so many locals, so many foreigners, secular, religious, all ethnicities in a very diverse crowd on a very beautiful day – and we’re celebrating life, as diverse human beings.”