This isn’t a new one, but it has never seemed more appropriate than right now.

In The Know: Should The Government Stop Dumping Money Into A Giant Hole?

It’s just like they say, ‘You have to throw money in a hole and set it on fire to make money.’

With numerous competing viewpoints, poison pills, deal-breakers, must-haves, and various philosophies, Washington D.C. is embroiled in a furious debate about spending and the debt ceiling.  It seems even the good guys have lost sight of the big picture.  Simply put: The federal government takes too much money, spends too much money, intrudes too much in our lives, and produces very little of value along the way.  No one up there is directly addressing that issue – even cap, cut, and balance does not go far enough in dealing with the problem, just limits future damage from it.  The big weenies in the room to me are the Republicans who shout about the need to cut, but lack the political courage to actually put anything of substance on the chopping block.  It is borne out of a ridiculous fear, because no matter what the proposals, the Democrats and the media will run with the idea that Republicans are evil, greedy bloodsuckers that want to kill grandma, the poor, and minorities.  That will be the narrative, regardless.  If they are going to get tarred with it anyway, can they not at least produce something valuable for all of us who know better?  Especially since we are in the tea party era, where many more citizens than average know better.

As I stated in my Fundamental Changes post, the approach has to change, and apparently these guys can’t get it done.  The sane GOP lawmakers (and I know we put a few up there in 2010) need to remove all GOP leadership, and they need to do it now.  Of course the media will portray it in all kinds of bad light, but so what.  Republicans need to get it through their heads once and for all that the media is not their base.  The media will never be favorable to Republicans, no matter how much they bend over backwards to please them.  The Republicans learned exactly the wrong lesson from the shutdown in the 90’s.  They were winning the issue, and they caved.  Once they caved, it was easy to paint a narrative that they weren’t serious from the start and that it was just a political stunt.  Had they held out a while longer, President Clinton would have folded – he had no choice, and the political landscape would look much different today.

P.S.  If anyone could embed the onion video, that would be great.

What a great dispatch. And Mac, we appreciate you and your service.

Wasn’t it fun when Gabrielle Giffords and the judge and the others were shot to see Lucy put the old football down again and invite Charlie to give it the old college try? Why, you even had tough old Peter King saying it would be a good idea to deprive citizens of their 2nd Amendment rights when they were within 1,000 feet of him and his…..colleagues.

Bob, can you rephrase that? I can’t figure out what you are trying to say and it is open to some disturbing interpretations.

I *love* that video. I’ve never seen it before. How hilarious. Well…hilarious unless you live here and have to watch our government dumping money in the hole. That detracts just a bit.

But still a funny one. 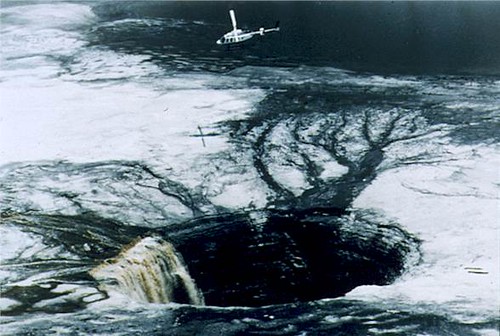 I had seen the video previously, but it is more than worth re-watching. That one and the one about the Idjits are my faves at Onion.

There are so many conservatives mad at Leadership now, I do not see how they can remain in power past ’12. Or, I do see because I listen to Coldwarrior, so I guess I’m just in denial. Anyway, thanks for discussing what is in our minds and hearts. Good piece, as always.

This is from Truman North, a commenter at Ace of Spades. It says we are right to hold their feet to the fire. Read the whole thing. The CBO does some stupid things. Like assuming an approximate 7% increase in federal spending year over year as normal, even without any new programs or departments. Like making 10-year budgets, when only one year really matters, because it’s impossible for one Congress to bind another. Let me give you some small idea of how screwed up Washington math is, and how much it favors those who are in power over those of… Read more »

Folks as if we didnt have enough to worry about, here’s the real problem even our own leadership and troops aren’t talking about. All the massive spending and borrowing, is creating acidic dollar devaluation. It’s inarguable it’s happening, you don’t have to ask economists, ask anyone who works for a living and buys groceries. Steady dollar devaluation is, in effect, inflation. By some measures, real inflation is at 10% now.
If we don’t do something to stop it, this exhausted economy’s had it regardless of what they do or don’t do in DC.