No, this snarky title is not from “The Onion,” but it might as well be. This has not happened yet, but likely will.

For you see, there likely is only one of two possible outcomes in Syria: 1) either the protesters will prevail and Bashar al-Assad and his regime will be driven from power or 2) every last one of the protesters will be hunted down and killed. They know who they all are, after all.

No matter which way this current dust-up in Syria turns out, Obama will lay claim to having caused it to happen. It will have either been “his” Arab Spring or simply no one left to shoot. And he will try to take the bow.

There is a precedent for this latter happening, for the last time the Arab street rose against the Syrian dictatorship, Assad’s father, Hafez al-Assad, killed from 20,000 to 40,000 in one city alone, Hama, in 1982, and is said to have paved a street over their bodies. A mean, vengeful man was Hafez, compared to his son, the nearly 1000 killed in recent violence in Syria seems little more than a coming out party for young Bashar.

Back in 1982, the world could do little more than watch in horror, for as now, there were no “good guys” to look to turn things around. For, you guessed it, the principle group leading the Syrian resistance then was the Muslim Brotherhood.

And therein lies a tale.

This was always the devil-and-the-deep-blue-sea of politics in the region that the world’s leaders tried to steer clear of, including Reagan’s qualified assistance to Iraq during the 1982 Persian Gulf War with Iran, where he wanted to ensure “Iraq did not lose.” He wanted a tie, and got it.

The Middle East has been beset with a steady conflict between two (or more) bad guys, none with even the least sense of humanity for the poor citizens living there. Indirectly, Saddam’s invasion of Kuwait in 1990 ended this hands-off policy, for it forced upon the United States, in George W Bush, to attempt to add a third rail to middle eastern politics, by establishing what may turn out to be a real democracy in Iraq in 2005.

They really do have a chance of undoing 1500 years of potentate-politics in the Middle East. For those of you looking for that Luther-like Reformation in Islam, it first begins when kings are disowned, and Iraq may be that place. (I’ve had reservations about how well we did there, or could’ve done there, but that isÂ  another matter.)

But witness Egypt earlier this year, Obama has chosen sides, only he chose from the original two ideological contestants, and not on behalf ofÂ  the democratic third rail!

Obama has chosen the Islamo-fascist ideology of the Muslim Brotherhood, which, much like Hitler in the late 20’s and 30’s, stands in direct opposition to the nationalist-socialist ideology of the Baathist dictators of Syria, (as well as Saddam’s Iraq and Egypt under Gamal abdel Nasser.) Read up on the bitter hatred between the Nazis and the Communists and Socialists in Germany in the late 20’s-early 30’s and you’ll get a sense of this. It was not about ideology, but power. Kingly, dictatorial power.

Yes, I know it’s confusing, but this internecine enmity runs deep in the modern oil-era Muslim world, sprinkled with clan blood feuds, and sectarian Islamic issues (Sunni, Shia, Seveners, Twelvers), including the return of the old pan-Islamic idea of a worldwide caliphate, and the Mahdi.Â  A common hatred for Jews and Israel are about the only bond they share.

America’s leaders before Obama always knew all this. The knowledge of this perpetual war between two sets of bad guys is why prior presidents tried to stay out.Â  Their policy had been to wait until some better ideas of governance could come into the region.

That better idea was George Bush’s democracy in Iraq, not Baraack Obama’s ideas for democracy in Tunisia and Egypt, the so-called Arab Spring, for all Obama has done is take sides in the original warfare. He has chose Islamo-fascism over dictatorial socialism, plain and simple.

Almost no one is speculating on the effect of Obama’s Arab SpringÂ  offensive on the tenuous foothold of democracy in Iraq.Â  Still, it’s easy to see, it will make life on earth, everywhere, far more difficult.

Citizen With Bark On

Citizen With Bark On
View all posts by vassarbushmills →

Please Login to comment
Connect with
I allow to create an account
When you login first time using a Social Login button, we collect your account public profile information shared by Social Login provider, based on your privacy settings. We also get your email address to automatically create an account for you in our website. Once your account is created, you'll be logged-in to this account.
DisagreeAgree
4
3
0
5

Connect with
I allow to create an account
When you login first time using a Social Login button, we collect your account public profile information shared by Social Login provider, based on your privacy settings. We also get your email address to automatically create an account for you in our website. Once your account is created, you'll be logged-in to this account.
DisagreeAgree
Subscribe
newest oldest most voted

Obama is saving the Middle East. Just ask him, if you can catch him away from the golf course.

Actually, I believe the teleprompted speech deliverer for the Soros Presidency had chosen Islamo-fascism long before the Middle East unrest. Back during the height of the Egyptian protests, I went down the rabbit hole looking for just what started the movement which began in Tunesia. There was an article posted, which referred to one Sherif Mansour, a Senior Program Officer at Freedom House, based in Washington DC, who is the head of the Middle East and North Africa programs. Mr. Mansour was very concerned about his good friend Ahmed Maher, who was the facebook activist in charge of igniting the… Read more »

I’ve always thought the only salvation for the Middle East is the Hand of God grabbing that lot by the short and curlies, twisting really REALLY hard and reminding them that the Jewish People and the Nation of Israel are Chosen and to keep away. Plus a little reminder to lay off the rest of the planet and if they keep abusing the female half of his creations, they’ll end up in the hot zone.

Soros needs a visit from the Almighty regarding his ill-gotten gains. 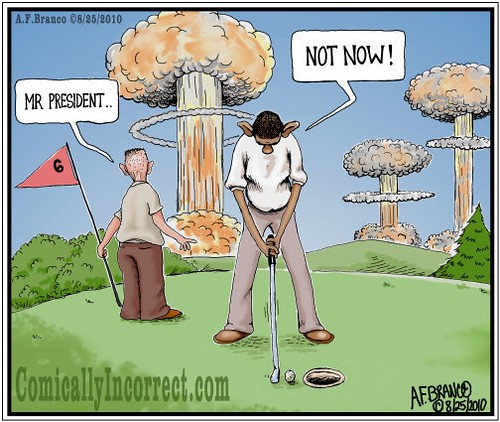 beaglescout / 1 month ago
Most journalists are to the political left of Bernie “Either Commie or Democratic Socialist” Sanders. Almost a third are to the left of Alexandria Occasio-Cortez! And yet we should trust them, even when their “news” stories are full of opinions and mind-reading.
Read More
beaglescout / 1 month ago
Brilliant! Denmark tells Bernie to knock it off. Theirs is not a socialist country. He must have been thinking of Venezuela.
Read More
beaglescout / 1 month ago
The always surprising Kanye West not only tells black Americans to stop voting for Democrats (because being too predictable is not powerful) but also intends to run for President in 2024!
Read More
beaglescout / 1 month ago
Way back in the hippy days of the 1970s, Bernie Sanders was perfectly happy to be called a communist. It’s what he believed. And he hasn’t changed. So, why does Sanders mind being called a communist or socialist now?
Read More
beaglescout / 1 month ago
Who else knew that TV Journalist Chuck Todd was Amy Klobuchar’s landlord? Why do you suppose it has been kept secret from we the people despite being widely known in DC?
Read More
beaglescout / 1 month ago
Informative! US officials have informed Bernie Sanders that Russia is trying to help his campaign in order to sow chaos among Democrats. It’s curious that in this case US officials didn’t insert spies into Bernie’s campaign, tap his phones, and keep it all a secret from him. That would be consistent, at least.
Read More
E Pluribus Unum / 2 months ago
OK. The impeachment Schiff-show is over. Things were shredded. There was popcorn. New grudges all around. Meanwhile, while dogs and ponies have ruled the halls of Congress, the President has been busy room-temping terrorist leaders, forcing China to heel on trade, finalizing the USMCA, hoo-rahing Great Britain through Brexit, speaking at the March For Life (another in a growing pile of firsts), and proposing a Mideast Peace deal. So how about it kids. To coin a phrase, Move On. You got a job to do.
Read More
beaglescout / 4 months ago
“The rapist is you” is the new feminist battle hymn of defamation against everyone insufficiently woke and feminist. So you and you and you and me and everyone is now a rapist. Just ask them.
Read More

Wisdom of the Ages