This situation is still unfolding as this is written, so Iâ€™m keeping this to just the facts as they stand.

Judicial Watch, the public interest group that investigates and prosecutes government corruption, announced today that it has obtained documents suggesting Supreme Court Justice Elena Kagan helped coordinate the Obama administrationâ€™s legal defense of the Affordable Care Act (also known as Obamacare) while she served as Solicitor General. Kagan has said she was not involved in Department of Justice (DOJ) preparations for legal challenges to Obamacare. Moreover, the Supreme Court justice did not recuse herself from the High Court decision in April 2011 not to â€œfast-trackâ€ for Supreme Court review Virginiaâ€™s lawsuit challenging Obamacare.

The following is an excerpt of an email message sent on Jan. 8,2010:

Brian, Elena would definitely like OSG [Office of Solicitor General] to be involved in this set of issuesâ€¦we will bring in Elena as needed. [The â€œset of issuesâ€ refers to another email calling for assembling a group to figure out â€œhow to defend against theâ€¦health care proposals that are pending.â€]

Judicial Watch proceeds to provide excerpts of other emails as well.

Kagan hasnâ€™t recused herself from any actions involving Obamacare, including the decision to prevent â€œfast trackingâ€ the legislation through SCOTUS.

Will she recuse herself if when the final SCOTUS hearing of Obamacare takes place???

Available information provided at the link above.

No, she will not recuse herself.

Public opinion or even fact may not help here. LH. The appellants can ask that Kagan recuse herself, then lay the facts before the other members. But I’m not sure if the rules would allow them to recuse her. I do think it would have a chilling effect on the comity of the Court to have a known liar sitting in their midst.

When we get the Senate back, and have some leader other than M*tch the B*tch McSellout, we can impeach her candy ass for lying to the Senate. 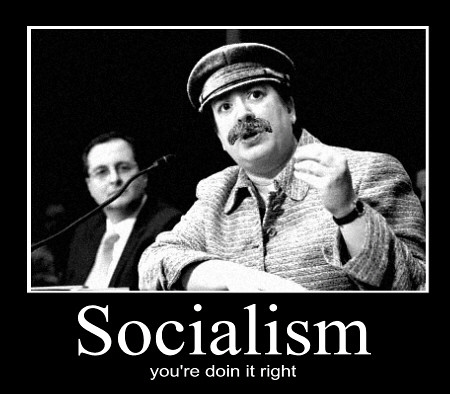 vassarbushmills / 3 months ago
You’ve got that eternal idiotic idea that if anarchy came, it would come from the poor. Why should it? The poor have been rebels but they have never been anarchists; they have more interest than anyone else to there being some decent government. The poor man has a stake in the country. The rich hasn’t; he can get away to New Guinea in a yacht. The poor have sometimes objected to being governed badly; the rich have always objected to be governed at all.– G K Chesterton, 1935
Read More
vassarbushmills / 4 months ago
The Natural Law of Selection is that the better (Alpha) females should choose from among the better (Alpha) males to pass the best of their species along. Why is it that (beta) women who don’t particularly want to breed, and males who aren’t really very good at it (also betas) seem to have taken control of our political culture and our government? I don’t think we can talk intelligently about contemporary politics without keeping this in mind.
Read More
vassarbushmills / 4 months ago
While NYT, WAPO, and blue governors in Albany, etc and blue mayors in Manhattan, etc, and various and sundry blue members of Congress bemoan the new rise in Covid cases in America, knowing few is any will actually die, we also know they are privately lifting their glasses and toasting the nearly 100 thousand over 65 of the 122 thousand who have died of Covid, many who were veterans, and at least half, including many old Liberal Democrats of another time, have been removed from the voter pool. God damn their eyes.
Read More
beaglescout / 4 months ago
Think communism is about equality and brotherhood and everybody being all happy in an future paradise where there is no scarcity or hunger? Not so much. Karl Marx was a huge racist who loved slavery. He believed that before communism could be established the weaker races of the world would need to be eliminated.
Read More
beaglescout / 5 months ago
Yes, Virginia, Hitler really was a socialist. Here are 7 Quotes that Prove It! My favorite is, “Why need we trouble to socialize banks and factories? We socialize human beings.”
Read More
beaglescout / 5 months ago
If I recall correctly, it was Alexander Dumas who told a story in his histories of a Hun who visited Paris, learned of the excesses of the Borgias and announced his intention to visit Rome to see for himself. He visited Rome, converted to Christianity, and came back. His hosts were surprised and asked him why. He explained that he witnessed the corruption of the priesthood and cardinals, the goodness of the people and the extent of their devotion, and determined that if Christianity could produce these results even with the corrupt priesthood it must of necessity be True. So he converted.
Read More
beaglescout / 5 months ago
Property is not only a right, it is the primary difference between humans and animals. Animals make and use tools, at least some of them do. But they do not keep tools, make tools for others, create reusable designs for tools, and maintain ownership of the tools. Anything else animals improve humans do as well, and humans keep their improvements and improve on them further. Ownership of property is the physical fact that separates us from animals. It is a primary right, an aboriginal one, the most ancient of rights, along with the rights to life (self defense) and liberty (the right to move or settle down freely). Stripped of our property we become as animals. Look at any skid row and realize the inhabitants keep all their property around them, because it is the only thing that keeps them human.
Read More
beaglescout / 5 months ago
In case there is any confusion over Joe Biden’s “you ain’t black” being a uniquely offensive expression of a senile political animal, it is the mainstream racial identity belief of all Democrats.
Read More