U.S. Customs and Border Protection officers at a popular New Mexico checkpoint seized 385 pounds of Mexican baloney, or Bologna for you gringos, from the backseat of a pickup that was stopped on Friday. They say it’s enough for over 400 sammiches. I guess the other smugglers with the truckloads of cheese, bread and Miracle Whip made it through undetected?

In the US it’s illegal to bring Bologna across the border because it’s made of pork from unknown sources and has the potential to inject foreign animal diseases into the U.S. pork industry.

Official statements noted that the brand name on the large rolls of meat is ‘Pork King’ and it was the largest Bologna bust ever recorded at the Santa Teresa, NM checkpoint. 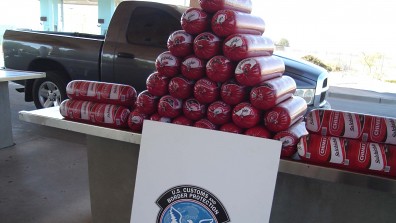 Besides our elected politicians, who has a need for that much Pork King? How much Pork King is already for sale in California and when can we expect to see more Pork King in southland households?

Officials say people regularly try to smuggle Mexican meat into the U.S. for relatives and customers who have a craving for baloney from south of the border…well, there is this good looking dude named Sergio that has been staying with the lady across the street, but I digress..

I did some research. Baloney is a key component in a game called Hide the Baloney. The game is played by a man and a woman and the object is to find places to hide the baloney. Simple. The first politician that came to mind was Arnold Schwarzenegger. Even his name even sounds like Bologna. Braunschwarzenegger. Unfortunately Arnold has a problem. He likes his Braunschwarzenegger hand-maid.

Ya see, there’s this housekeeper that the family previously employed and Arnold, not widely known for being a rock-solid pillar of Christianity, got to know her in the biblical sense. Unfortunately for Maria Shriver, it turns out they were taking it out in trade for close to 20 years until they got caught. And like the marriage, the servants tireless duties ended this past January.

And speaking of hiding the baloney, it seems Arnold was extremely successful at smuggling his contraband meat into her port of entry without Maria ever finding out. Teddy Kennedy could only dream of getting some stankie on the hang down without even leaving the house!

As a long-time member of his staff, it was only a matter of time and copious amounts of booty sex before they would bear a child together.

Maria demanded a separation after she learned that Arnold had fathered the child more than a decade ago…before his first run for office.

Now contrary to his time as governor, I’m sure he went to great lengths to avoid detumescence. I can just hear him calling out over the household intercom, “stand by, Sky-net is self-aware!”

He’s been beating the cheeks off California republicans since the 2003 recall election, how did he ever have time to take care of business? Probably a little slap and tickle in the morning, a bit of horizontal refreshment in the afternoon. Be careful Arnold, you might twerk something.

He is ‘The Sperminator’…I wonder if he received sick pay for taking the old one-eyed pirate to the optometrist? Ay mateys, batten down the pudding hatch with the boink swatter! 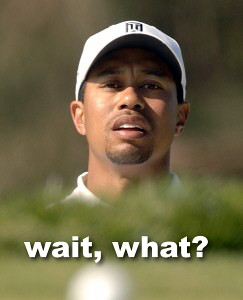 Curiously, during a super-secret interview with the LAtimes…in which I don’t understand why they didn’t release any details, like the maids name or the name of the ten-year-old or the sex of the child…for gad sakes, the kid is TEN YEARS OLD, but I digress…she said she voluntarily gave up her position with the couple earlier this year after reaching the plateau of working for the family for two decades (and having Arnold’s bastard child). She also mentioned the experience has been the climax of her professional career so far.

She also said that she received a severance payment and expects to receive more.
Which is logical considering she ended the interview by saying, “I’ll be Back”

speciallist
'Reply to this' was my friend
Previous articleHey, Florida Republicans…What’s Up With the New Civics Curriculum??
Next articleWH press kittens obey Obama at all costs