Obviously, those volatile food and energy prices that are not included in the consumer price index are not volatile on the downward side, just the upward side. So inflation appears to be under control, but just because they are controlling the numbers, not the inflation.

And those energy prices? Since President Present intends us to use unicorn farts, rainbows and Skittles to power our lives, we can expect them to continue to climb:

The weekly address is the latest example of how the presidentâ€™s positions on energy policy have gone from silly to totally incoherent. That incoherence was on display last month, when Obama sent a letter to congressional leaders asking them to â€œeliminate unwarranted tax breaks for the oil and gas industry, and to use those dollars to invest in clean energy to reduce our dependence on foreign oil.â€ The bogeyman of â€œforeign oilâ€ appears three times in Obamaâ€™s two-page letter. And he insists that his approach, which aims to cut $4.4 billion in tax preferences for the oil-and-gas sector, will constitute an â€œenergy policy that creates jobs and makes our country more secure.â€

In that very same letter, Obama says that the U.S. should be â€œinvesting in everything from wind and solar to biofuels and natural gas.â€ Huh? The president wants to eliminate all subsidies for oil and gas drilling, but at the same time, he says we should be investing more in natural gas.

Mind you, these “special tax breaks” that Baracky so opposes are ordinary tax deductions for depreciation, exploration and other expenses that every other business in America takes. They are only special to him because he hates the use of fossil fuels.

Unemployment is doing great, if by doing great you mean persistent, far-reaching and thorough. As a matter of fact, as Joe Weisenthal points out, it’s easier to get into Harvard than it is to get a job at McDonalds. 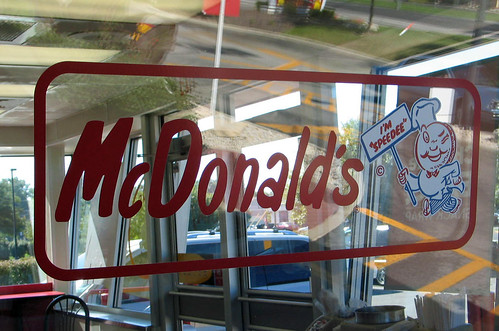 Meanwhile, back at the ranch, the administration has turned loose the NLRB on any business that dares to consider adding any jobs to their domestic business lines. Srsly, when I heard this, I didn’t even think it was legal. What kind of crazy is that? If I were a SC Boeing worker or politician, I’d be livid.

I know that some are not bothered by this, but I’ve gotta admit, I hate the idea that I can be forced, as in unable to decline, special updates and messages from the President, especially the current man-god who would be king.

NEW YORK (CBSNewYork) â€“ A new national alert system is set to begin in New York City that will alert the public to emergencies via cell phones.

Itâ€™s called the Personal Localized Alert Network or PLAN. Presidential and local emergency messages as well as Amber Alerts would appear on cell phones equipped with special chips and software.

Verizon and AT&T, the nationâ€™s largest cell phone carriers, are already on board. Consumers would be able to opt out of all but those presidential messages.

Then, in an incomprehensible decision, he decides he’s going to give the opening remarks for An Evening of Poetry at the White House. Isn’t that sweet? Doesn’t that sound nice? And just to prove that there’s nothing this moron can’t screw up, the evening features Common, a rapper who has produced some lovely poetic lyrics for your pleasure:

Burn a Bush cosâ€™ for peace he no push no button
Killing over oil and grease
no weapons of destruction
How can we follow a leader when this a corrupt one
The governmentâ€™s a g-unit and they might buck young black people
Black people in the urban area one
I hold up a peace sign, but I carry a gun.

Ah. Lovely. I love poetry. Especially when it involves burning Presidents. And of course, he has other highly popular lyrics that have plenty of foul language for your listening pleasure.

I haven’t even touched on the Hunormous, mind-boggling deficits, the Justice Dept’s prosecution of Navy SEALS, violating freedoms with his executive by-pass of the legislature and court system for disclosure of political contributions, his broken promises, et. al. So the question of the day is…Is there anything this sucker is doing right?