Hasnâ€™t the Lame Stream Media, the photosphere and Twitter been set afire by Obamaâ€™s â€œsupposedâ€ Certificate of Live Birth. It hit the interwebz this morning and set off cries of â€œRaaaaacistâ€ that echo across the land.

April 27, 2011. Mark it down in your calendars as the day the racists and the crazies in America won. A day that should embarrass anyone with human decency and love of country. The day the office of the United States Presidency lost some of its respect and prestige. The day Barack Obama acquiesced to the radical Republican fringe lunatics and released his long-form birth certificate to conclusively prove his citizenship and hopefully put an end to the despicable campaign, led by Donald Trump, to deligitimize him.

Who would know better than Huffpo what should â€œembarrass anyone with human dignity?â€ After all it was their coverage of Code Pink and Cindy Sheehan that set the standard.

The brilliant political pundit from “the Spew”, Whoopi Goldberg, just couldnâ€™t hold her race card in her hand anymore.

Say Whoopi, I notice that you havenâ€™t been following Moochelleâ€™s advice about your diet have you? Why donâ€™t you go stuff your pie hole with some romaine lettuce or something equally organic.

Even Rosie Oâ€™Donnell had to spout off. I donâ€™t know, something about Trump being unfair to ugly lesbians or something equally important. You can tell Rosie is all over Moochelleâ€™s diet advice, like a fat kid on cake. Or like Rosie on cake, that appears to be more devastating, after all fat kids usually show some respect.

Donald Trump quickly cut to the heart of the matter, demanding to see Obamaâ€™s College grades next.

But then the unthinkable happened. Someone found a clipboard with all kinds of strange stuff on Resident Obamaâ€™s Birth Certificate.

Hmmmm, curiouser and curiouser. Every liberal in the Nation erupted into a frothing rage of â€œRaaaaampant Raaaaacism.â€

Republicans didnâ€™t have the Race Card when Nixon was leaving office but we learned one thingâ€¦ Itâ€™s not the crime thatâ€˜ll get you, itâ€™s the cover-up. Have Republicans and Conservatives learned to ignore the left’s continual playing of the race card? Has the Race Card reached the level of Nazi accusations and will it be ignored, even by weak willed GOP elected officials (yes Lindsay and Mitch, I’m looking at you)? Were his White House Aides really so stupid? Is Obama’s usurpation of his Constitutionally granted powers drawing to a close? Will Whoopi and Rosie finally cut back on the cheesy poofs or are they trying to beat Moochelle to a measurement of three axe handles in width? Tune in next week for another episode of “We’re All Raaaaacists Now!” h/t Newsweek. 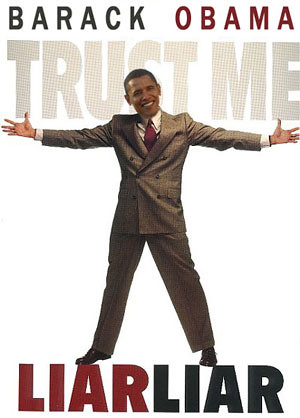 Go look at this link as well. He has some very good blow-ups of the doc that got my attention:

Wow. That is quite an indictment, nessa. Wonder how many views the fake document video will have racked up by this time next week.

You should write more. You have a very distinctive style. 🙂

You do know that you’re in for charges of Firstladyism, right ?

OK, here’s a great YouTube on this. We cannot show what the released birth certificate would have said, but we can say for certain that the document the WH released is not an original copy or a scanned copy of a birth certificate. It was assembled on a computer. Period.

The left can only project their own hatred onto others. It is all they have. At the end of their miserable lives, they’ll still be hating. Being neither a birther or a “racist'” for me the birth certificate issue is really about a much broader, but darker story. I believe he is a citizen, but the sealing of all his records and papers, indicates something is being concealed. The release of this birth certificate raised more questions than it answered. And now that it is suspected to be a forgery, by credible people, well that is another can of worms… Read more »

It’s a lie, it’s a lie, yes we know it isn’t true
But we’ve been down to Oahu, Sir
And we have seen it too

Why would anyone have a Certificate of Live Birth (previously released) and a long form Birth Certificate?

I don’t actually think he was born at all. I think Boris Karloff has just taken on a new role.

It’s just enough to get him through reelection since that’s just around the corner. Delay and distract and redirect is the progressive motto. Plus, it gives him a talking point: “Look how stupid and cruel are the Republicans…” We have less than a year to primaries, just a little over a year to the general election. Lots to do. This issue, if ever resolved, will not be until after 2012. That was the whole purpose. He had more than 3 years to have put this to rest. He hasn’t because he needed the distraction. People were starting to forget about… Read more »