If you a fan of Nascar you have probably have heard of Kenny Habul Greenwich, CT, he is an Australian that has started his racing career in karting at the age of six. His following career included racing in Formula Ford, Formula 3, V8 Supercars, CASCAR, NASCAR Trucks, NASCAR Xfinity Series and the IMSA WeatherTech SportsCar Championship. Definitely he is a legend in the world of sportscars championships. 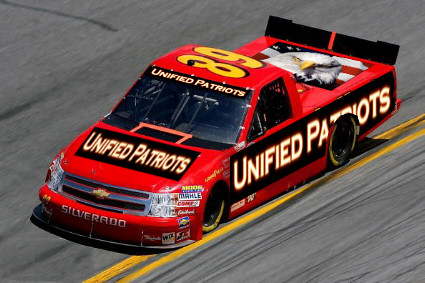 TheTeaParty.net announced Monday that the red No. 89 truck currently driven by Chris Lafferty will be re-dubbed the ‘We the Peoples’ truck, in order to tear up the racetrack for the next two seasons. In a statement, spokesman Todd Cefaretti explained that unlike traditional NASCAR sponsorships, TheTeaParty.net wonâ€™t be paying Laffertys racing team, Lafferty Motorsports LLC, for the right to emblazon his car with its logo. Just the opposite.”

SPONSORS FOR THE RACING TEAM WILL BE DONATED TO THETEAPARTY.NET TO BE USED TO ADVANCE THE TEA PARTY MOVEMENT EVEN MORE.”