Come on you guys! President Obama has decided on a more focused, realistic approach. He’s trying to give the rebels, who want democracy, a fighting chance! He’s just trying to stop Qaddafi from slaughtering his own people.

That’s according to Ed, of course. It’s too bad Libyan special forces are… 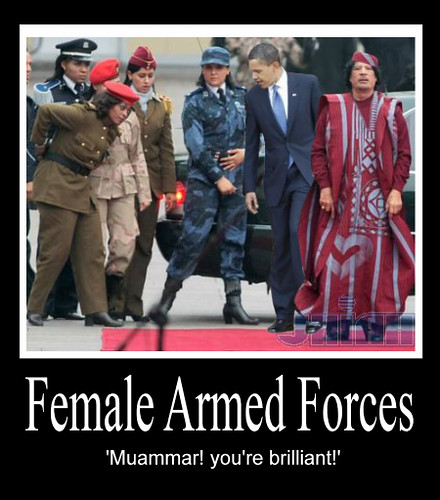 No, not those special forces…it’s too bad Qaddafi’s hired mercenaries are already moving in and assassinating rebel leaders and their supporters. And it’s too bad it will escalate once the ‘coalition forces’ decide to bailout.

Oh yea, and it’s too bad Ed Schultz is a flaming hypocrite.

Psst, Ed — we haven’t invaded Libya, at least not yet. And I’d venture to say that most Americans don’t expect we will, at least if Obama is to be believed. Remember how he said American troops would not be sent there? The president was pretty emphatic about it, as I recall. Agreed, it was all of eight days ago, distant enough that it slipped down your memory hole.

What’s most amusing about Schultz as shill for Obama’s exercise in foreign-policy resume building is that Schultz vilified Sen. John McCain during the 2008 campaign as a “warmonger.” It brought considerable attention to Schultz at the time, which was surely his motivation for saying it, and Schultz has repeated it ad nauseum ever since. Now Schultz is gushing about actions taken by Obama that are indistinguishable from those that President McCain would have taken.

The commentary by most of these types is transparently shallow. I doubt many of them have read books, nor magazines, Their entire storehouse of knowledge seems to have come from watching television, Mostly comedy, and the comedic television news.