Around this nation an estimated 8.5 million illegal aliens are gainfully ’employed’ More than ten million American citizens are desperately hunting for jobs. 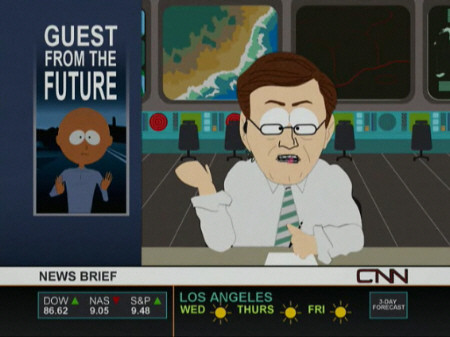 California and Nevada have the largest illegal populations in the country.

They are starting to feel the suffocating effect of undocumented foreigners who are not obliged to contribute to state revenue but take advantage of welfare, unemployment benefits, workers compensation and all forms of public and health services. Municipal budgets don’t have any breathing room.

Most illegals are also guilty of tax evasion and quietly sending billions of dollars to Mexico every year.

I’m thinking they should face some harsh penalties including long prison terms.

Not the price-reduced proletarians, no…I’m talking about the employers. Of course I want to punish the marked-down Mexicans for illegally crossing the border as well as breaking various laws, but anyone who knowingly hires the discounted laborers should suffer painful fines along with confiscation of business assets and property involved in their chicanery…or it could be called chicanory, but I digress, esÃ©…

The Department of Homieland Security is charged with administering something called E-verify. It uses information from the Social Security Administration, United States Citizenship and Immigration Services to determine an applicant’s eligibility to work.

Democrat and pro-amnesty leftist Harry Reid has blocked E-verify from becoming mandatory in all 50 states from his perch in the Senate at every chance. Thankfully several states have managed to pass legislation requiring employers to use it.

But regardless of Harry’s obstruction, E-Verify has grown in popularity, has been successfully overhauled and now has hundreds of thousands of honest companies in every state implementing it.

Depending on which side of the fence you’re on, it seems to be working. NumbersUSA has the..uh…numbers.

A new report from the Public Policy Institute of California indicates that Arizona’s illegal aliens population declined after the state passed the Legal Arizona Workers Act in 2007 that required all businesses to use E-Verify.

According to PPIC’s research, Arizona’s illegal alien population fell 17% or by 92,000 from 2008 to 2009. Arizona is one of three states that requires all its employers to use E-Verify. Mississippi and South Carolina also require all companies to check new hires with the workplace verification tool.

For more information about the report, see the Public Policy Institute of California. Also, view the map of states with mandatory E-verify laws already in place or with legislation pending.

But the pro-amnesty propaganda continues…

A mass departure of the undocumented foreigners would eliminate 581,000 jobs in Arizona and tax receipts would drop by 10.1 percent, according to the report by the Center for American Progress and the Immigration Policy Center.

Dr. Raul Hinojosa-Ojeda is the co-author of the study entitled “The Economic Impact of Legalization Versus Deportation in Arizona” predicts Arizona’s economy could lose up to 49 billion dollars if these laws are enforced. Funny thing is, this article doesn’t link to the ‘study’ or any information on the good doctor. I’m not going to bother, cause Raul’s full of it.

Just think of the thousands of jobs that would open up to Americans who are looking for work and who actually pay taxes. Now you’re saying, “but speciallist, all the illegal’s do is pick veggies” Wrong. They occupy jobs from the service industry to construction and into the professional arena.

The report also ‘analyzed’ the economic impact that an amnesty-like legalization of undocumented people living in Arizona would have based on the results of the federal amnesty of 1986. I wonder why they didn’t link to it? /snark

They didn’t link to it because they ignored…err…didn’t take into account having to pay (in 2011 dollars) for the extra schooling, medical care, law enforcement, prisons and social programs that an unlawfully bloated population needs to survive.

It doesn’t need to be like this. Legal citizens should have priority and there is a long standing program to fill the ‘jobs Americans won’t do’ It’s called an H-2A visa. An H-2A visa allows a foreign national entry into the U.S. for temporary or seasonal agricultural work.

Agricultural employers who anticipate a shortage of domestic workers can bring immigrant foreign workers to the U.S. to perform agricultural labor or services of a temporary or seasonal nature. Legally.

These workers are covered by U.S. wage laws and workers compensation, not to mention current health and safety regulations. Workers that are hired under the table, enjoy none of those benefits.

Not only is enforcing immigration law good for non-citizen workers, it’s necessary for the states. Dirty little secret is that unfunded pension liabilities for public sector union’s are not the only hand strangling state budgets.

Pointing out the fiscal burden carried by states, not to mention the outright lawlessness of illegal immigration is not racist, it’s the right thing to do.

I find it extremely challenging to understand why seemingly educated, experienced professionals, tax payers, and even politicians can consider the impact that hiring illegal immigrants will have on the American citizens looking for work and still try and convince everyone else that amnesty is a good idea. It’s just baffling…when put in its simplest terms, Big Government is telling us, “Hey – it’s cool. Go ahead and hire the man who sneaked into this country illegally. Keep him off the books because he needs a chance, and my neighbor who just got laid off doesn’t deserve first dibs on the… Read more »

Great comprehensive column. Lots to think about and will try and address in detail and depth soon, but first, a question: Can we really afford to severely punish so many millions on so many levels?

vassarbushmills / 6 months ago
You’ve got that eternal idiotic idea that if anarchy came, it would come from the poor. Why should it? The poor have been rebels but they have never been anarchists; they have more interest than anyone else to there being some decent government. The poor man has a stake in the country. The rich hasn’t; he can get away to New Guinea in a yacht. The poor have sometimes objected to being governed badly; the rich have always objected to be governed at all.– G K Chesterton, 1935
Read More
vassarbushmills / 7 months ago
The Natural Law of Selection is that the better (Alpha) females should choose from among the better (Alpha) males to pass the best of their species along. Why is it that (beta) women who don’t particularly want to breed, and males who aren’t really very good at it (also betas) seem to have taken control of our political culture and our government? I don’t think we can talk intelligently about contemporary politics without keeping this in mind.
Read More
vassarbushmills / 7 months ago
While NYT, WAPO, and blue governors in Albany, etc and blue mayors in Manhattan, etc, and various and sundry blue members of Congress bemoan the new rise in Covid cases in America, knowing few is any will actually die, we also know they are privately lifting their glasses and toasting the nearly 100 thousand over 65 of the 122 thousand who have died of Covid, many who were veterans, and at least half, including many old Liberal Democrats of another time, have been removed from the voter pool. God damn their eyes.
Read More
beaglescout / 7 months ago
Think communism is about equality and brotherhood and everybody being all happy in an future paradise where there is no scarcity or hunger? Not so much. Karl Marx was a huge racist who loved slavery. He believed that before communism could be established the weaker races of the world would need to be eliminated.
Read More
beaglescout / 8 months ago
Yes, Virginia, Hitler really was a socialist. Here are 7 Quotes that Prove It! My favorite is, “Why need we trouble to socialize banks and factories? We socialize human beings.”
Read More
beaglescout / 8 months ago
If I recall correctly, it was Alexander Dumas who told a story in his histories of a Hun who visited Paris, learned of the excesses of the Borgias and announced his intention to visit Rome to see for himself. He visited Rome, converted to Christianity, and came back. His hosts were surprised and asked him why. He explained that he witnessed the corruption of the priesthood and cardinals, the goodness of the people and the extent of their devotion, and determined that if Christianity could produce these results even with the corrupt priesthood it must of necessity be True. So he converted.
Read More
beaglescout / 8 months ago
Property is not only a right, it is the primary difference between humans and animals. Animals make and use tools, at least some of them do. But they do not keep tools, make tools for others, create reusable designs for tools, and maintain ownership of the tools. Anything else animals improve humans do as well, and humans keep their improvements and improve on them further. Ownership of property is the physical fact that separates us from animals. It is a primary right, an aboriginal one, the most ancient of rights, along with the rights to life (self defense) and liberty (the right to move or settle down freely). Stripped of our property we become as animals. Look at any skid row and realize the inhabitants keep all their property around them, because it is the only thing that keeps them human.
Read More
beaglescout / 8 months ago
In case there is any confusion over Joe Biden’s “you ain’t black” being a uniquely offensive expression of a senile political animal, it is the mainstream racial identity belief of all Democrats.
Read More