The Perils of Lucas Lodge: “The Distinction Was Perhaps Too Keenly Felt” 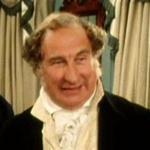 Jane Austen has a cult following in the English-speaking world, and beyond it, too, if translations are any judge. True confessions- I happily partake of this cult. While the central theme of Austen’s plots- how does one find one’s place in a materialistic and status-conscious society without compromising one’s values- are beyond the scope of a political site, the celebrated novels deliver a gold mine of choice observations on human nature. And human nature drives politics.

Take Sir William Lucas from the masterpiece “Pride and Prejudice”. A merchant by profession, he achieved the rank of a knight. But political distinction, once achieved, distorted the social continuum. His townie origins were just not good enough for his improved status, so he decamped to Lucas Lodge (named after himself, of course). He remained a basically decent man, but his preoccupation with social acceptability drew him into increasingly silly and servile behavior.

Definitely a lesson for aspiring conservatives. Once a certain threshold of acceptability has been reached, do we start hedging our bets and our principles? Do we become disgusted by associations that brought us to where we are, and pursue new ones that we think will benefit us more? In Sir William’s defense, his developing social snobbery never pushed him into truly bad behavior, just a certain vanity. But in politics we deal with serious things. When conservatives succumb to Sir William’s Syndrome, the consequences are much more serious.