Ummm, about that recovery… 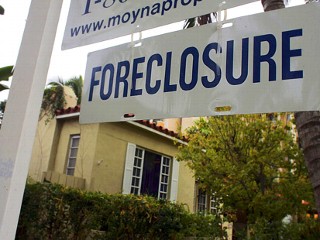 We keep hearing bluster about how the economy is recovering. Bluster. Let’s see, there was that announcement about job creation and the unemployment rate dropping to 8.9%. Of course, in the midst of the trumpets and hallelujah choruses there was the note that the reason for the drop was not the “job creation”, rather it was the number of people who quit looking for work basically cooking the numbers for the Obama Administration.

Well gosh, guess what we found yesterday? Would you believe housing news? Yep. Let me provide a tad of recent history. Last month we got a trumpet concert because housing sales were up. The Administration and the National Association of Idiots Realtors were howling at the moon about an increase in sales. Well, here’s the other side of the coin, courtesy of Associated Press.

Nice headline, huh? And, that’s the most optimistic part of the story.

Well, I don’t know about gas prices, but I do know a thing or two about the housing market and when you read the next paragraph, please keep the following in mind: no matter what you hear, houses in major real estate markets – CA, AZ, FL – are still overpriced by about 25%. There is a current inventory listed on MLS in these markets of 10+ months, a “typical” inventory would look more like five months. In addition to the current MLS listings, lenders are holding about the same number of homes in their Real Estate Owned (REO) inventories that are not listed. And then there are those houses where a notice of default has been issued to the homeowner – the first step in the foreclosure process – and that’s another 1 to 2 times the current MLS inventory. Bottom line, in the major markets the inventory is more like three years of current sales. Prices have a long way to fall folks.

The one story that simply amazes me is the buoyancy in consumer confidence.

The Conference Board Consumer Confidence IndexÂ®, which had increased in January, improved further in February. The Index now stands at 70.4 (1985=100), up from 64.8 in January. The Present Situation Index improved to 33.4 from 31.1. The Expectations Index increased to 95.1 from 87.3 last month.

For the life of me I can’t rationalize those numbers without resorting one of the following:

I’m hearing lots of people saying “buy gold” or “buy silver”. Personally, my recommendation is “buy ammunition”. Things are going to get a whole lot worse before they get better. A LOT worse.

With a HT to Instapundit, from the Washington Business Journal…

Bank of America Corp. is segregating almost half its 13.9 million mortgages into a â€œbadâ€ bank comprised of its riskiest and worst-performing â€œlegacyâ€ loans, Bloomberg News reported, citing Terry Laughlin, who is running the new unit.

13.9MM “bad” loans. Don’t expect very many of these to be cured. Feel free to add these 13.9MM properties into the housing inventory total.

Michael Becker
Michael Becker is a long time activist and a businessman. He's been involved in the pro-life movement since 1976 and has been counseling addicts and ministering to prison inmates since 1980. Becker is a Curmudgeon. He has decades of experience as an operations executive in turnaround situations and in mortgage banking. He blogs regularly at The Right Curmudgeon, The Minority Report, Wizbang, Unified Patriots and Joe for America. He lives in Phoenix and is almost always armed.
Previous articleI Got Turnip Blood Man!
Next articleAn Epic Rant From Sen. Rand Paul