I want you to pretend for a moment that President George W. Bush had accepted a private jet flight to an isolated island vacation with a convicted, predatory pedophile. Further pretend that one of the underage sexual victims remembered the President dining with the pedophile and several underage prostitutes who had been brought to the island as “loaners” for his friends.

You think that would’ve made the news? Ya think? 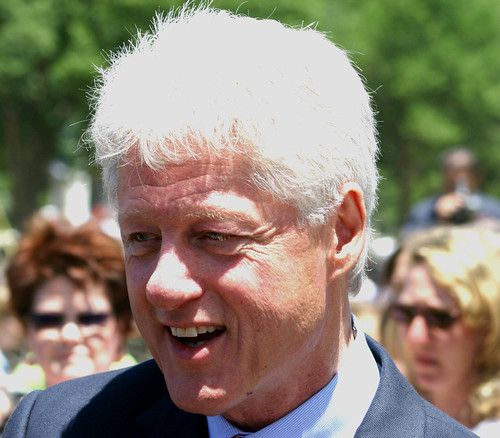 Now pretend (well actually, you don’t have to pretend – it’s a fact) that the same scenario happened with President Bill Clinton as the involved party. (You knew that would be a foreign source, didn’t you?) Radio silence on the part of America’s Watchdogs™, the Make Believe Media.

Among the revelations: That the pervert in question, Jeffrey Epstein, told one of his “girls” that the reason he and President Clinton were such good friends was that, “He owes me some favours.” Other prominent American Epstein party goers are Sen. George Mitchell and Al and Tipper Gore.

The man should have been shunned and condemned. He is evil. Instead he was defended by liberal icon Alan Dershowitz:

He also employed a firm of private investigators to investigate the backgrounds of the girls.

However, as the investigation continued, they found that Epsteinâ€™s team had already spoken to key witnesses, suggesting that the financier would reward those who helped him.

In addition, Epsteinâ€™s defence team agreed to the unusual move of suggesting that the alleged victims sue Epstein in the civil courts. The result was a plea bargain in which Epstein admitted a single charge of soliciting an underage girl for prostitution â€“ a deal which infuriated many police officers who worked on the case.

More than 20 of Epsteinâ€™s girls are said to have sued him for damages. At least 17 have settled out of court.

What would it take to get these people to pay attention to the news? Well, I suppose it would be easier for them if the story didn’t involve the complicity of Katie Couric, George Stephanopolous, and Charlie Rose. What hypocritical weasels. Just when I thought my contempt could not grow…

Queen Hotchibobo
I was born in Saginaw, Michigan, and I grew up in a house on Saginaw Bay. My daddy was a poor, hardworking Saginaw fisherman. Too many times he came home with too little pay. Naw, not really, but it sounds more interesting than the real bio, so there you are.
Previous articleThree On A Match.
Next articleWI Dems finally present ransom demands