Rep. Chabot: Thank you, but what took so long ? On your list of ‘things to do’, this should have been day one, hour one, minute one.

â€œTheyâ€™re about Shariâ€™a law, theyâ€™re about suppressing womenâ€™s rights, and I donâ€™t think that we ought to condone that, I donâ€™t think that ought to be any part of the future of Egypt,â€ he said. â€œWe might not have the power to implement the US program, but I think with our support â€“ financial and otherwise â€“ that we can maybe encourage things that would ultimately be in their best long-term interests, and Israelâ€™s and the United Statesâ€™.â€ 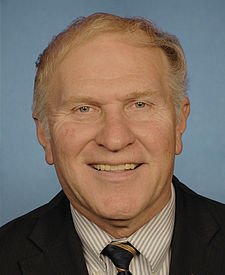 â€œTheyâ€™ve been less than clear about accepting the Muslim Brotherhood in a future government and in what capacity, and I think that sends a message to those that are going to be negotiating the future of Egyptâ€™s government,â€ Chabot said of the Obama administration. He added that broadly â€œthis administration has oftentimes sent mixed messages, and pretty tepid and weak messages on occasion.â€

OK terrific…… Now do something about addressing this with our humble but lovable Jihadist At 1600â„¢ and the entire submitting and dhimmi administration, because those typical bitter Allah-clingers are not just in Egypt. They’re here in America and they’re ramping up.

Congressman Chabot, setting up some open-to-the-public and televised hearings may be a good start. An unsolicited suggestion from me is to have Rep. Lt. Col. (Ret. USA) Allen West (FL-22) run the whole shootin’ match.