Internet by Phone…what were they thinking?

As I sit here amongst the rubble of my Rock and Roll fantasy, I have a few thoughts…

First, Does anybody remember Charlie Gibson of ABC? I heard he got another gig. 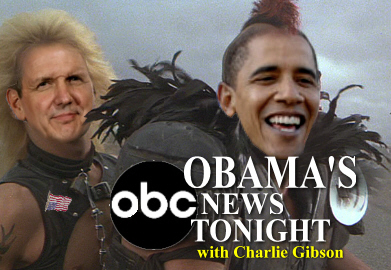 Internet by Phone…WTF were they thinking

As I was driving to work this morning, I was sending an email to Verizon about how my son is getting tons of viagra spam on his phone. I looked over and I saw this nice young lady who was also texting while driving…and after she ran the red light and crashed into the 2 cars that had the right-of-way, everyone got out of their cars…and furiously started texting. Ya ever notice that? You drive by an accident and everyone is texting or has their phone stuck to their ear. Remember the old days when we had to walk to the Call box or bide our time waiting for the tow truck by beating the Crap out of the other guy?

As if texting wasn’t bad enough, now you can surf the web from you’re phone. Yup, Facebook, twitter, gmail and blogs, all from a screen the size of a credit card. Just try navigating Scottrade from a screen that size. Man. Just be careful you don’t press the ‘buy’ button…like I did…over and over and over again. I now have more stocks than a medieval pillory.

But it’s fantastic, so STFU, I’m taking a dump. That’s right, you can tweet from the toilet and OMG, you can check your Facebook as you ‘put on your face’ and feverishly cut through traffic on you way to work.

Now my son received this Android phone, complete with unlimited 3G interwebs for Christmas. WTF was grandma thinking? The kids not even in highschool and he can watch Youtubes in class. One time when I was in highschool we consumed a large chocolate cake in class without the teacher knowing it, but I digress…

Hey look, gekster sent me a message. I touched the reply button and up pops what can only be described as a Lilliputian keyboard. My index finger covers half the letters. This could be frustrating, but I give it a go.

After 5 mins of trying to place the 1/6400 of an inch cursor in the proper place and multiple pokes to the backspace ‘key’ I succeed in typing a message. “Hey gekster, wassup?” I look up to check what I typed…

“Hey webster, wasabi” That’s not what I typed, so again I typed “Hey gekster”

Android says…”Hey webster” I tried again but android demands he is webster. So be it, webster got an email. He probably thinks I want to go out for Sushi. I hate Sushi. I hate this phone.

I went to Google and searched ‘waterboarding’ because using this phone to surf the web is Torture.

Takes a little practice, but I finally learned how to move around without ‘selecting’ everything. A gentle push here, a quick flick there and soon I was moving around websites like a mad Bombardier looking for a place to drop my payload.

But to my larger point, there is No way we can get Conservatives elected with a tiny little mobile device. We need something bigger, something better. We need to do something more than just sit around scrolling through our 1000’s of Gmails on our Android phone.

We need an Android Tablet. 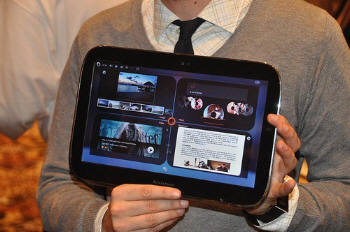 Oh sweet mother that looks nice…Hey, looks like Mister Rogers got his early.

Every electronics company in the world that boasts LCD manufacturing capability is pumping out Android tablets. Bad news is they start at $800. Good news is that price when coupled with this massive amount of production will allow China to afford bigger and better jets. 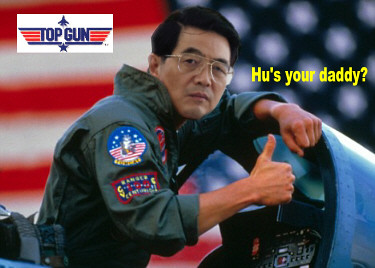